The Amazon at a turning point

Just how impressive the Amazon is becomes clear when you take a close look – just like in this 360° video. A seemingly endless green sea, through which rivers meander and living creatures of all kinds find their homes. There are 390 million trees in this unique part of South America.

One would think that an ecosystem on the edge of the abyss would look different. But the image is deceiving. Let's take a look at the background.

Studies from the last decades clearly show that more than 75 percent of the rainforest in the Amazon region is losing its resilience. What do we mean by that? So-called "resilience", as researchers call it in a study on the future of the Amazon recently published on nature.com, is the vital ability of a forest to regenerate itself after harmful external influences.

What does that mean in plain language?

Deforestation and prolonged drought have led to the Amazon slowly approaching a "point of no return", a point where there is no way back to full regeneration.

Deforestation and climate change, via increasing dry-season length and drought frequency, may already have pushed the Amazon close to a critical rainforest decline.

The authors of the study cite numerous reasons for this development: rising temperatures, long periods of drought, but also human influences, such as the deforestation of the rainforest.

This is a dramatic development driven by humans. For the Amazon was not always an endangered ecosystem. 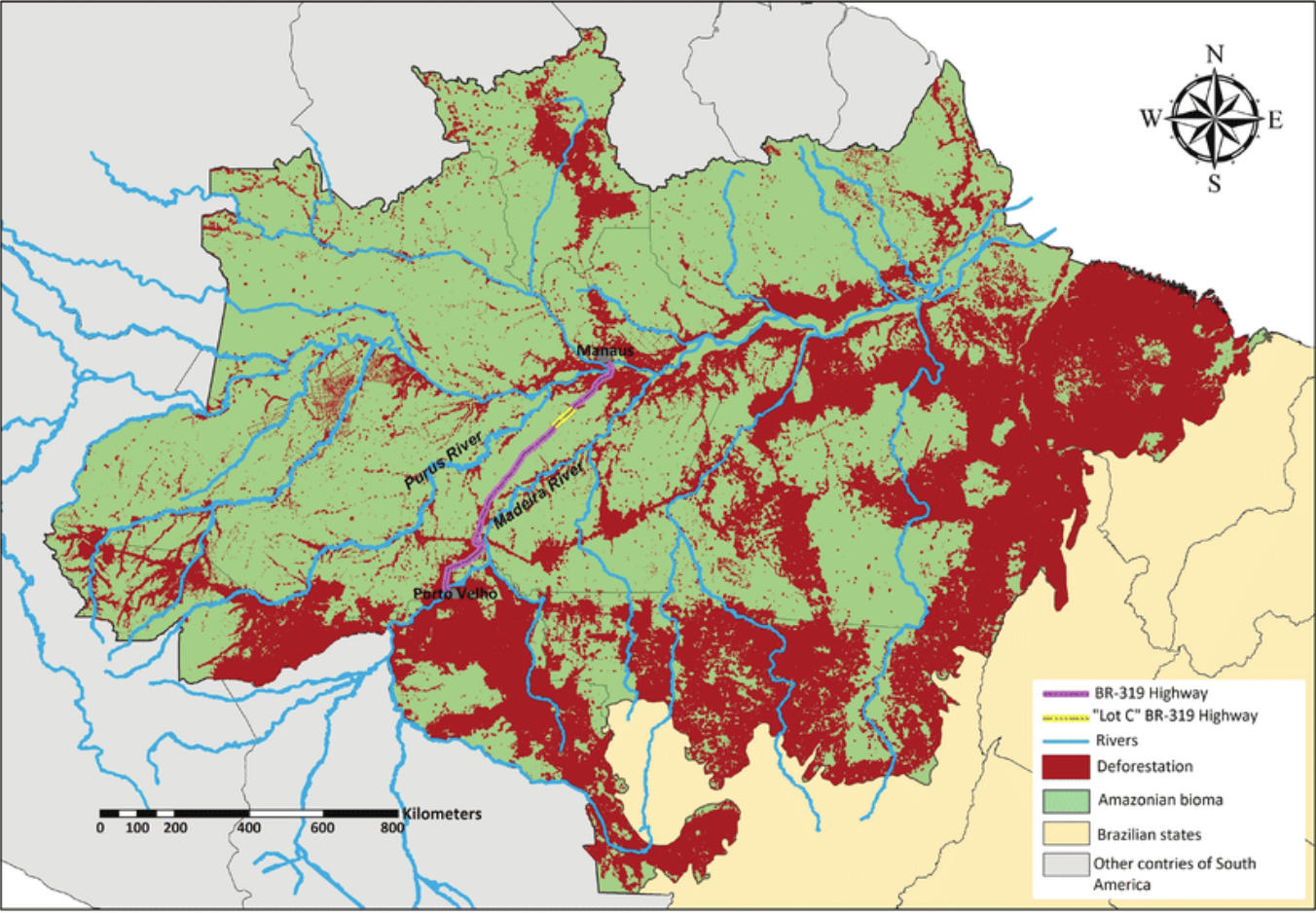 Over the last 50 million years, the Amazon, also called "the lungs of the world", was the exact opposite of a threatened region. The trees themselves ensured its health: enormous amounts of evaporated water produced an endless rain-loop, which ensured regular precipitation. The dense canopy prevented the soil from being dried out by the sun. Ice ages, forest fires, rising seas – they all came and went, but the Amazon continued.

Until we humans came.

Only man-made global warming combined with deforestation of about 17% of its area has brought the Amazon to its limits. Deforestation undermines the natural water cycle. Trees that are stressed by drought are more susceptible to forest fires. The more trees die, the less rain falls – a vicious circle. 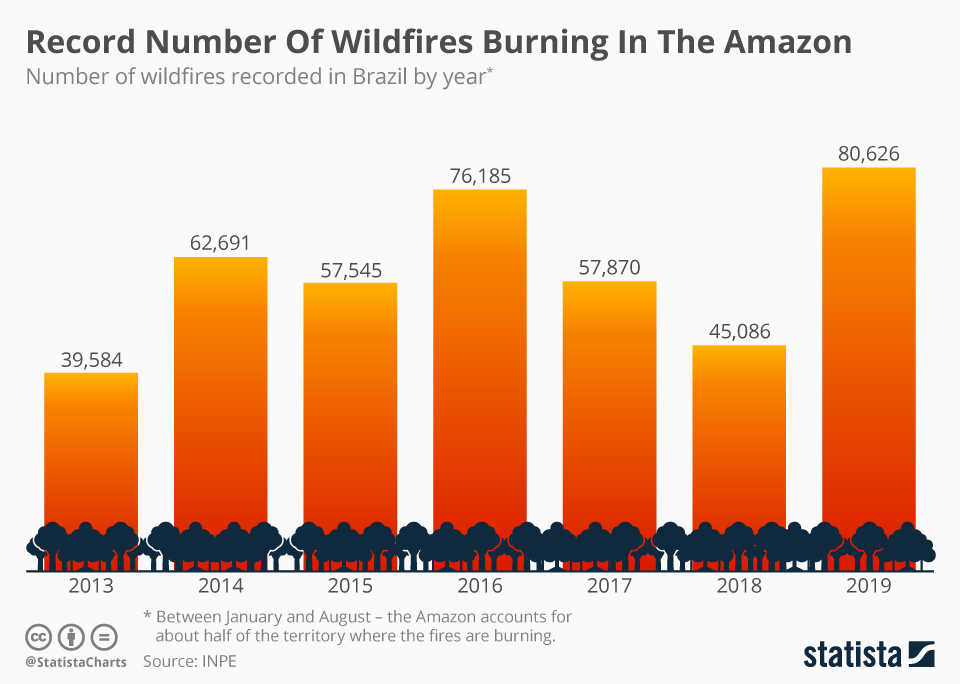 (Number of forest fires in the Amazon since 2013 – statista.com)

We have failed to recognise the Amazon as an overall system that is important for the entire planet, and whose stability is bound to certain limits. Felled trees are lost irretrievably, and reforestation is a lengthy process. However, there are still intact areas that we should protect.

And that brings us back to the "point of no return".

What would it mean if we reached the point where the Amazon collapses as a system?

There is an answer to that. Within a few decades, more than half of the rainforest could turn into a kind of savannah. A transformation that would endanger biodiversity and override regional weather patterns. The consequences, especially with regard to climate change, would be catastrophic.

This is because it is the primary forests of the world such as the Amazon, which have been more or less untouched by us so far, that slow down climate change, because they are the most important carbon sinks on earth. A sudden release of the stored CO2 would make all our climate targets impossible, such as limiting the increase in global temperature to 1.5 degrees.

The fate of the Amazon is a reflection of the fate of our planet. How we deal with this will determine our future.

Reforestation is one way of counteracting the worldwide loss of forests. Grow a tree now with Treedom.net and make the earth a bit greener.