Snakes are considered one of the animals most humans have a phobia on. The word python probably just made you shudder. Yet, there are others who are mesmerized by the beauty of these reptiles. We have counted down the top 6 snakes that remind us how beautiful these captivating creatures are:

The Green Tree Python is a colored constrictor snake that lives in tropical rainforests in New Guinea, parts of Australia, Solomon Islands and Aru Island. Appropriately named, this snake spends most of its life in a tree, only coming down when it wishes to find a new tree to live in. They range from 64 to 72 inches. It is usually found in several shades of green and have yellow or white stripes down its back with white, yellow, or blue spots all over its body. 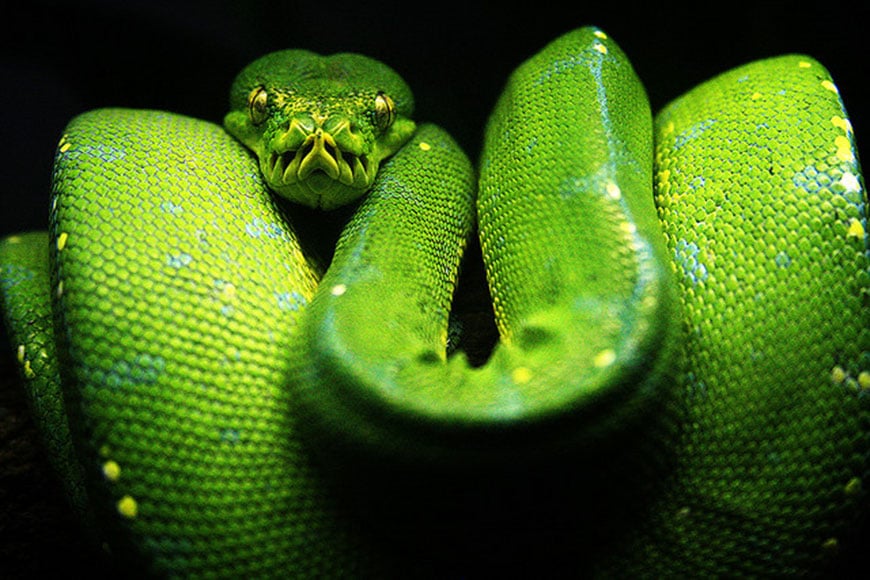 This snake is beautiful, but like many beautiful things in nature, its appearance serves a purpose.  Their bright colors signal danger and often confuse predators. Why are they called Milksnakes? Old myths indicate that this type of snake drank the milk from the udders of cows because they were often spotted in barns. However, we all know that barns are usually rich with rodents, so we know that these snakes were really doing…However, these snakes are unique because they play the role of both prey and predator in their own food chain. This means that they eat other snakes!

This is another snake that enjoys climbing trees, particularly when it is in danger. It received its name because of its gray-blue scales that reflect light. Unfortunately these beautiful snakes are endangered due to human impact and vehicle interference. A lot of these snakes lose their lives while trying to cross roads.

This snake is considered one of the most colorful and attractive in Sri Lanka. It  has large green quadrant scale and a large triangular head. Don’t be fooled by its green vibrance, this snake has venom that can be potentially fatal. And if its poison does not kill you, it will only leave you in great pain and swell up your joints. Oh, and did we mention it will hold its prey in its mouth until it dies from its venom? Oh, and it will eat it whole. 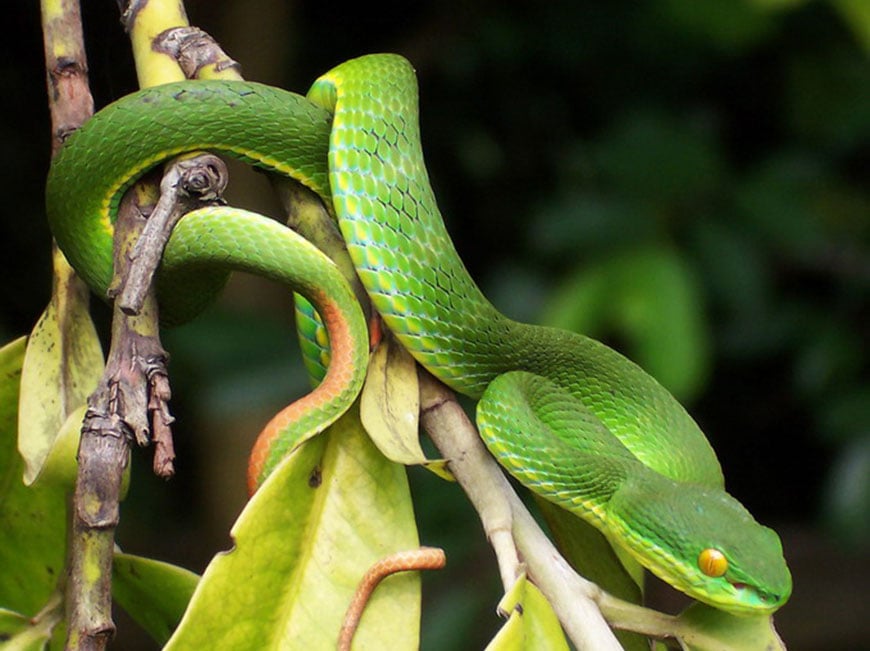 This is considered California’s most rare snake. Unfortunately, it is endangered. This snake specie is so beautiful that people are collecting them illegally. Its body is a turquoise with  black and red-orange stripes. Although beautiful, we have great news: this type of snake is not considered dangerous or poisonous. 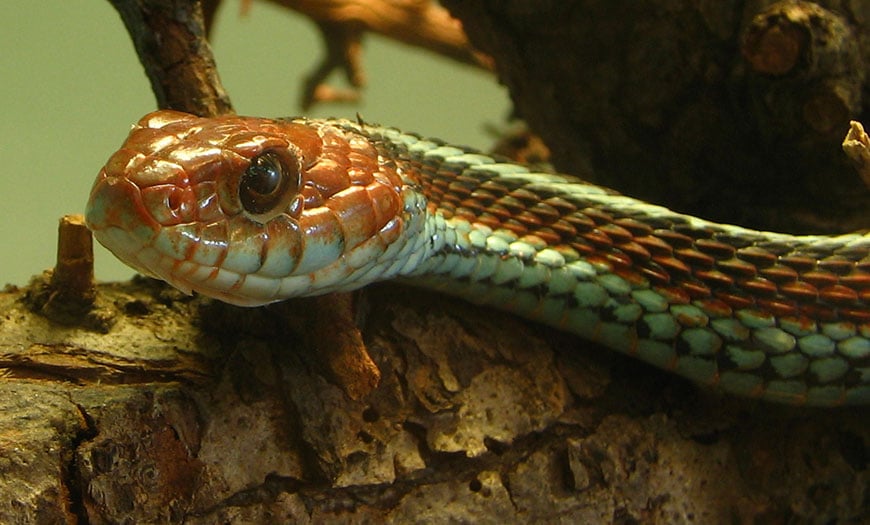