Whether it was a misfortunate event or pure fate that brought these unique pairs together, these occurrences show us that if the rest of the Animal Kingdom can get along, why can’t we?

In China, white pigeons are seen as a sign of hope, and that’s exactly what one brought to a baby macaque orphan. The little macaque was abandoned by his mother and sent to an animal sanctuary where the pair met. The macaque’s spirits were brought up and he didn’t leave the pigeon’s side. 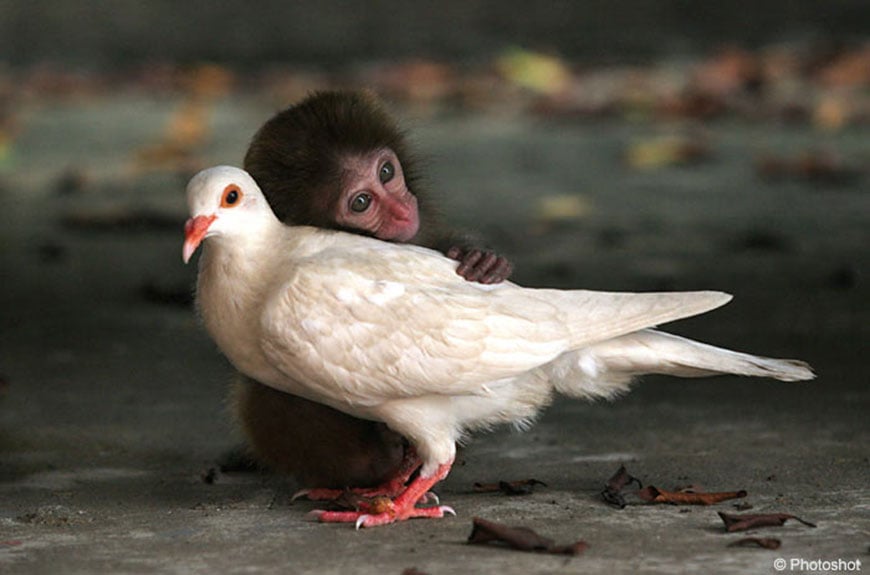 This unlikely pair met when Themba the Elephant became an orphan and sent to Shamwari Game Reserve. Themba was too distressed to eat, so in an attempt to ease her, the veterinary team brought in a sheep from a nearby farm, Albert to accompany him. The two became inseparable and Themba began eating again. 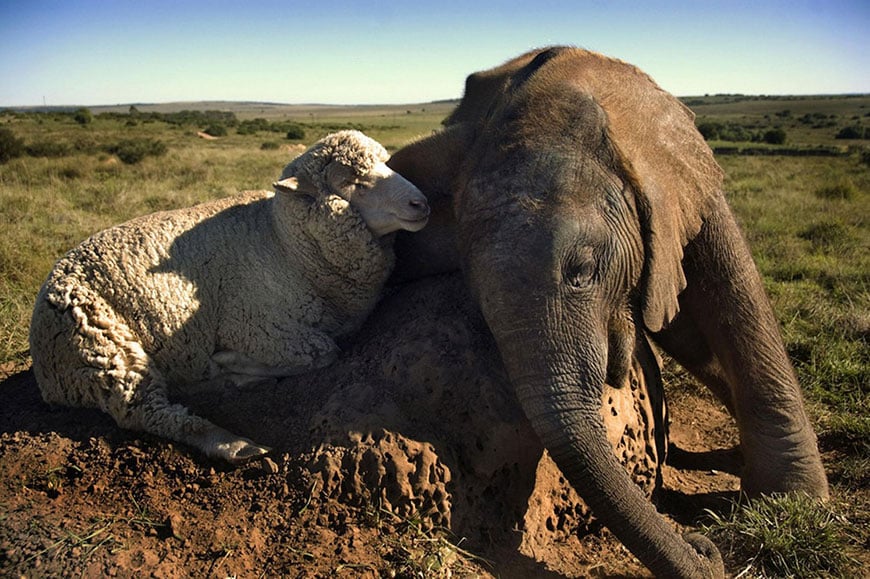 This trio, a monkey, a lion, and tiger, looked past their obvious differences and found a way to snuggle through them at their “kindergarten zoo class,” held in Shenyang, China. Opposites really must attract! 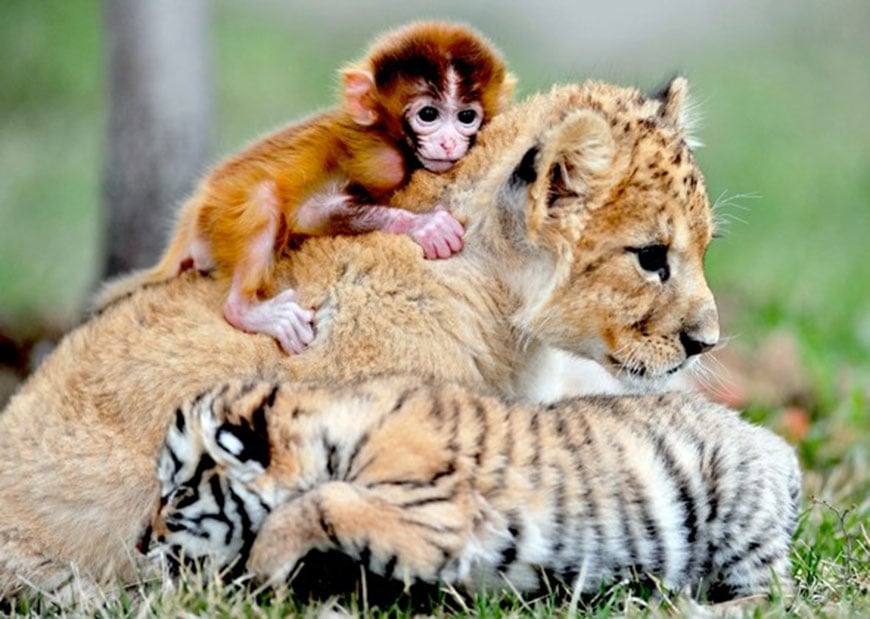 Some friendships really do have their benefits. A photographer in India captured this lucky little mouse keeping his head above water during a flood, thanks to his helpful froggy companion. 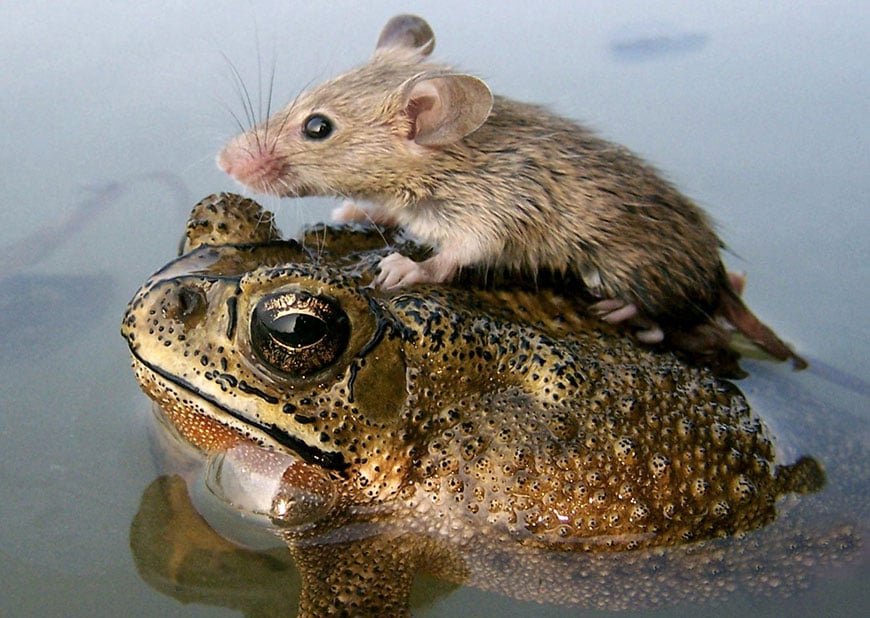 During a Tsunami in Africa, a family of hippos was swept out at sea, which left Owen the baby hippo stranded out on a reef. He was managed to be rescued and as soon as he arrived to a sanctuary, he cowered behind a new friend, Mzee the tortoise. Mzee eventually came out of his shell and the two began their friendship. 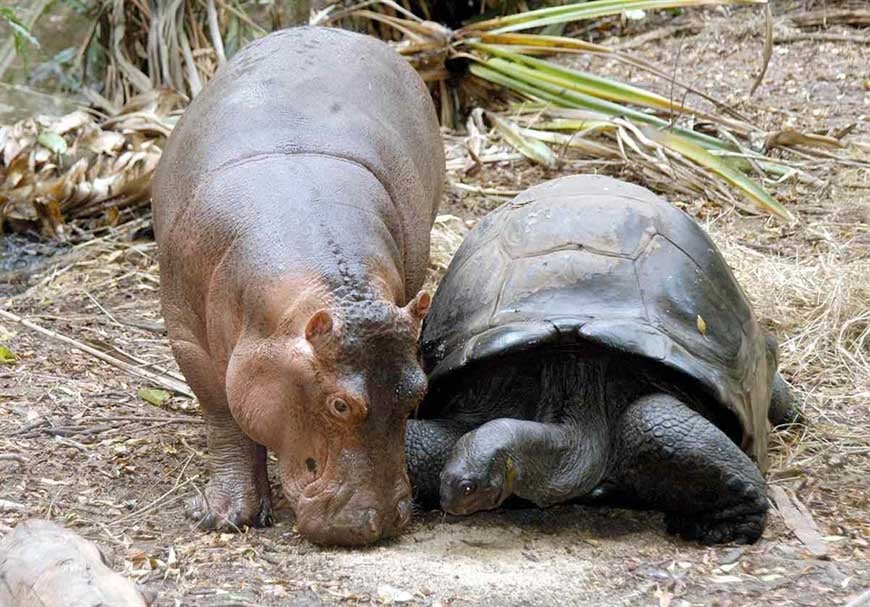 Giraffes are curious animals who love to explore everything, and they tend to use their tongues to do so. Bea, a 3-year-old giraffe is no different and there was one unlikely animal who was not fazed by the close encounters: a 10-year--old ostrich named Wilma. The two had plenty of other animals of their own species to bond with at Busch Gardens in Tampa, Florida but they clearly chose each other. 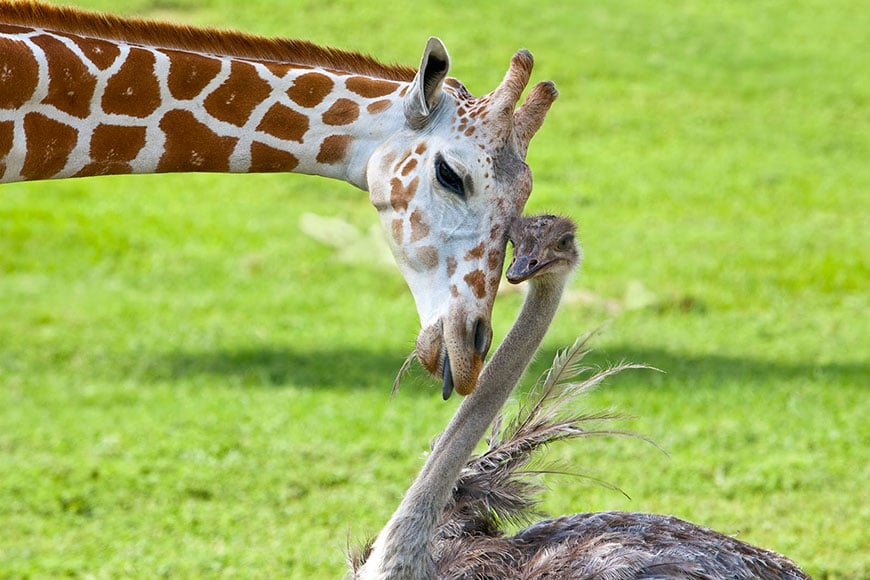