Everyone knows that the transports are one of the main source of pollution, so in The Netherlands they are looking for a definitive solution: they will use wind energy to let the railway network work! The next goal, indeed, is to feed the entire electric railway of the country by wind energy within three years.

As reported by the website Railway-Technology, the Dutch energy company Eneco and the cooperative Vivens signed an agreement to launch this project. Currently, wind turbines already provide half of the energy required by the electric rail network which is used every day by 1,2 million passengers, but in the next future Eneco will provide to the rail system 1,4TWh of electricity produced by by wind power (the same amount of electricity is required by Amsterdam residential buildings). 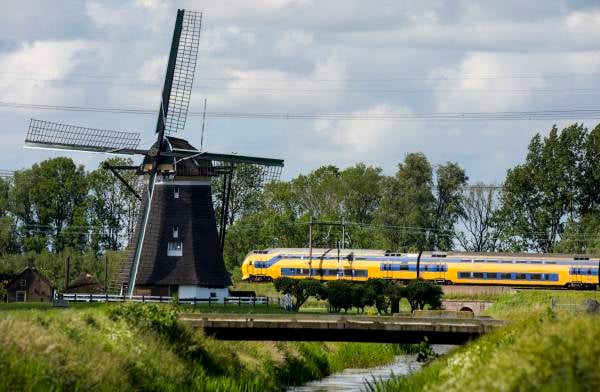 “In the Netherlands20% of CO2 emissions comes from transports – says Michel Kerkhof, account manager of Eneco- This agreement can shake the use of renewable energy up in the rail sector as well as in other primary industries.”