If done right, artificial reefs can really benefit declining ecosystems. Poorly chosen materials for the reefs may not adapt well to the environment.
In 1972, Osborne Reef was made off the coast of Florida by dumping 2 million tires, with the hopes that it would attract marine life.

In reality, it did not.

The project was so badly planned that despite the material not attracting any life, the steel clippings holding the tires together eroded and snapped off over the years, causing them to sprawl out miles apart due to hurricanes and strong currents. In reality, it became an environmental nuisance instead of a solution, as they collided with natural reefs in the ocean, blocking coral growth.

The removal of the trees has proved to be a challenge, and so they remain in our ocean floor.

Recently, a sunk cement sailboat has been used as an artificial reef on the ocean floor from the beach of Hollywood. The director of Reef Rescue, Ed Tichenor explained to New Times why the vessel is nothing like the tire blunder, “It's not like tires at all. The tires just didn't have the right density to stay in one place, and nothing grows on them, so all the bundles broke up and moved all over the place. But the artificial reefs they put down there tend to stay in one spot. Corals grow on them, sponges grow on them; they're to some degree, at least, a habitat.” 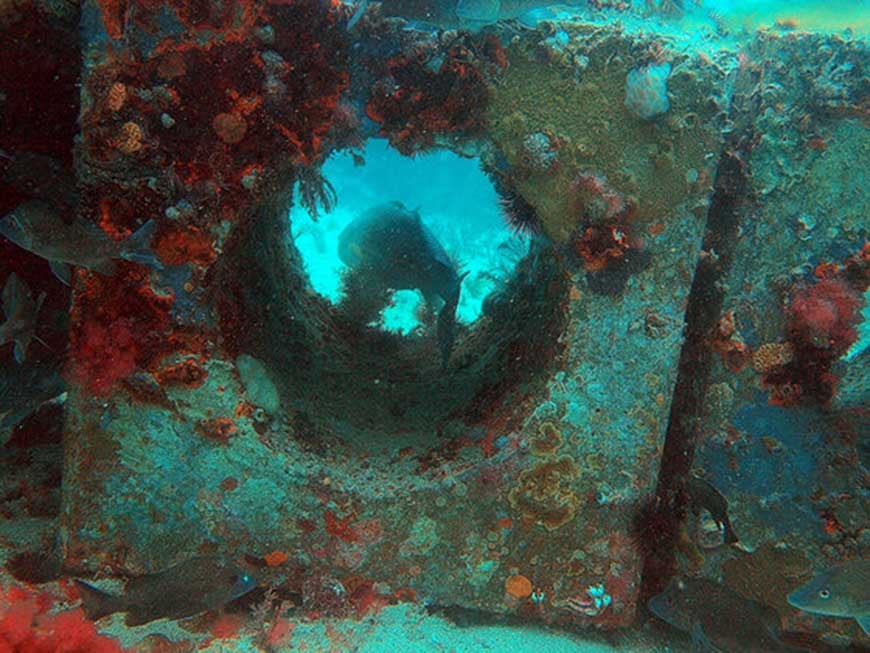 Despite it being started this past summer of 2014, it sounds like this project is already having better results!