Bibak, the startup that identifies mines

Where do genius come from? Where do they live and how do they realize all the things they do? With genius I’m referring to all those people in history have had sensational ideas that have made history, left a mark and changed it. I looked into for a while, but I didn’t find any certain answers on their origin. Yet, I know they are often hosted in a place regarded as the hotbed of new hi-tech projects that will change the world.

It’s in the renowned Silicon Valley: a university that lasts 10 weeks, a short time compared to usual standards as very few of the rest are members, carefully selected. Among the latter there was also an Italian who gave birth to her project and her start-up. In 2008 the idea shapes up in the mind of its creator Selene Biffi, but the project remains there until 2014, when it meets the harsh reality of landmines and war, while Selene is in Afghanistan for work.

In the same year, however, Selene wins the Global Impact Challenge Award and the related scholarship that allows her to access the courses dedicated to the guru of Montain View. In the first weeks the program includes exercises and lectures on various topics, while the last five ones are devoted to the development of the projects. Among the 23 works submitted, only five are judged as the best of the year. Immediately Selene began working on the concept of a landmine identification and later she founded with her two classmates (Lorenn Ruster and Shirley Andrade) the startup Bibak.

An emblematic name if you think that in Persian means 'without fear', as fearless should be all the communities still living in mined areas, not only figuratively but also literally, paralyzed by terror, injuries and social immobility. Many think that minefields problem is now over, but it isn’t: according to UN statistics we talk about 110 million landmines scattered in over 70 countries that kill or maim 20,000 people a year, 47% of whom are children. 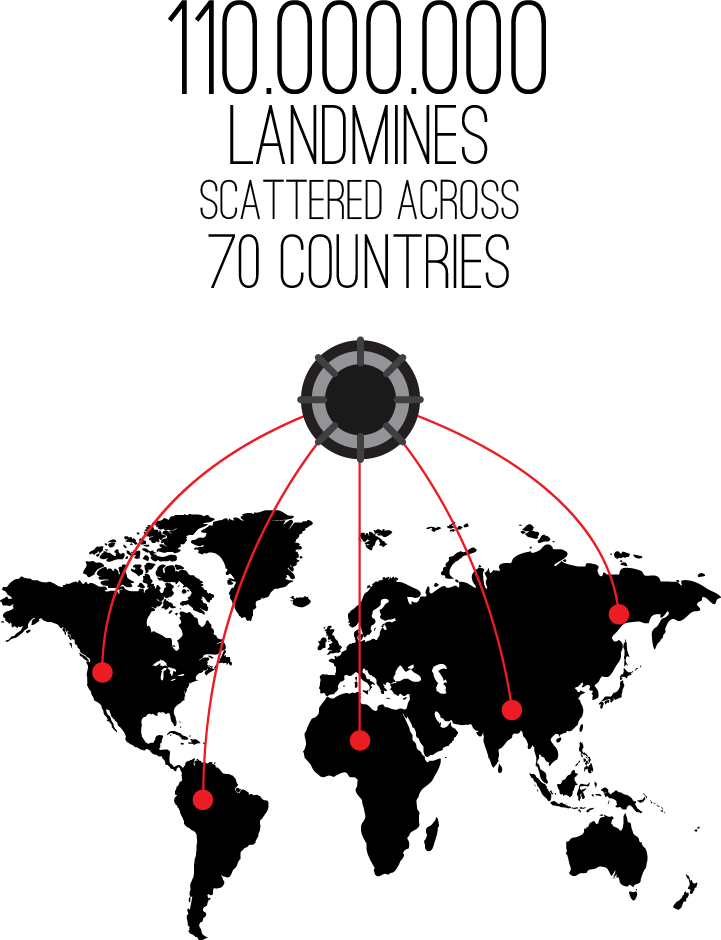 The ambitious idea of ​​Selene is addressed to help communities that find themselves after a conflict, coping with mines throughout the area, with construed problems, like the inability to carry out activities such as agriculture or the reconstruction of infrastructure (schools and roads). Bibak prefers all those areas that currently are not part of de-mining programs due to low priority and at the same time wants to be an effective alternative to the technologies and demining methods used so far (which are brought forward by NGOs, commercial or military companies).

"The current sensor - explained Selene - comes as a modular tank (called Canny) within which is a metal detector and ground penetrating radar, a paint cartridge to identify the mine, a first aid kit and some water. It can be put on various support and the fundamental element is that the technology used is composed of commercially available parts. After demining, Canny remains in the village and can be recycled, contributing to local development economically and socially”.

A low cost method that once again is completely different compared to the traditional one that is long and difficult, moreover than expensive. A chance to recreate a social and economic context following a conflict. In December 2015 Bibak started the real first test in the field, while the launch of Canny is scheduled for December 2016.