After an eight-day test orbit around the Moon in preparation for a lunar mission, an unmanned probe has successfully returned to China. The launched roundtrip of the Chang’e-5 T1 test capsule, nicknamed “Xiaofei,” has made China the third country to have a return lunar trip, following the Soviet Union and The United States. In fact, it has been 40 years since the last lunar activity, demonstrated by the Soviet Union with a return lunar mission in the 1970s.

According to Xu Daze, head of the State Administration of Science, Technology and Industry for National Defense, all of the goals set were achieved, the flight was stable and precise, and orbit entry was well timed.

Not even their last mission, rover Yutu, which is currently on the moon, could complete its mission before shutting down due to equipment failure in January 25 2013. 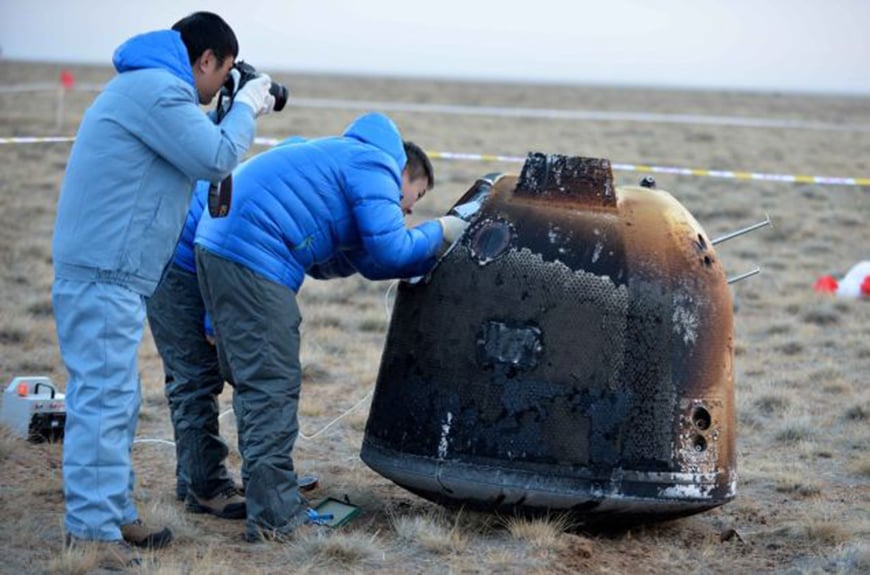 With this amount of success from Chang’e-5 T1 in mind, Daze has called for analysis of the data collected from the orbiter. This will hopefully speed up the process, and send Chang'e-5, it’s fourth probe,  on its mission to collect samples from the moon’s surface in 2017.