They seem to be tree houses used to host birds in difficulties but inside there aren't families of winged animals but a sensor for pollution and a WiFi router that work related: when the pollution goes down, houses blink green and reward citizens with free WiFi around the tree. If the pollution doesn't come down, no free WiFi.

This is the last idea born in The Netherlands (one of the states with the worst air quality in Europe whereas in recent reports on pollution, Amsterdam was ranked below London, Paris and its levels of previous years with 11 areas of the city that exceed the pollution limit set as a ceiling by the European Union) to raise awareness on environmental issues and the credits of this initiative, scheduled initially for the single city of Amsterdam, is thanks to Joris Lam, a Dutch boy who, along with his colleagues Jeroen Bults, Martijn Schut, Olger Warnier and Antoine Zenieer, has designed and built the TreeWiFi houses with the aim to create hyperlocal maps of air quality to be made available to the authorities to better understand the phenomenon and to the residents who will use an app to stay up to date and read tips and advice on how to reduce emissions. 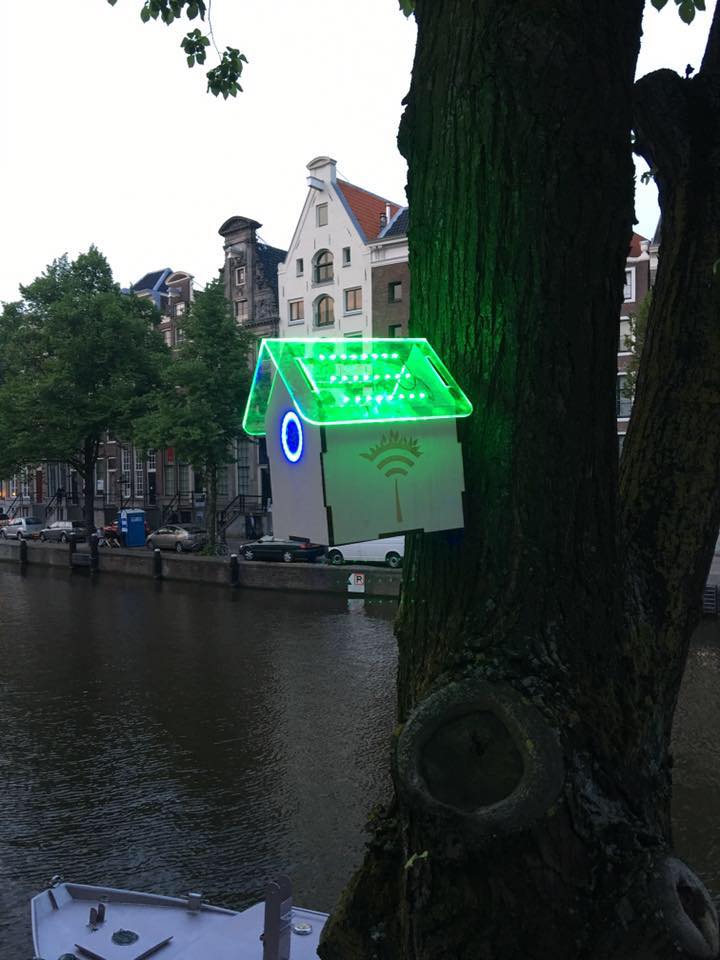 The goal of Lam is not only reiterating the concept of urban pollution, but convincing citizens of each district to take part personally in the change, convincing them to make more environmentally-friendly choices in everyday life such as organizing with the neighbor to go shopping together, reaching the center with only one car but carrying more people or using bicycle for trips that allow it, rewarding the participants with free WiFi.

Today an house costs about 500 euro, not exactly low cost, but on the way to becoming one, with a cheaper version coming to consumers.