Jorge Mayet and his trees

We are born in a particular place and often is in it that begins our growth, starting to form early memories to take with us when we go away, taking roads that will lead us to new destinations. The bond with the land that welcomed and hosted us remains one of the strongest and most significant in human life. It was not by chance that the expression 'coming home' after time brings us not only back to our parents, but also in the places to which our memory is more closely linked.

For some of us this bond is weaker, for others it’s particularly strong. The one of Jorge Mayet is so intense to have influenced his art and his works. Jorge was born in 1962 in Havana, Cuba. But he had to exile from his homeland and move to Mallorca where he still lives. His art doesn’t show Mother Earth as a source of livelihood, but it is personified representing an invisible and deeper link that unites it with the human being and at the same time, showing its resilience to adversities. Mayet's works are strongly marked by the absence of Cuba, but the nostalgia and his extraordinary photographic memory allowed him to make them as realistic as possible, calling himself scenarios lived during the Cubans years. 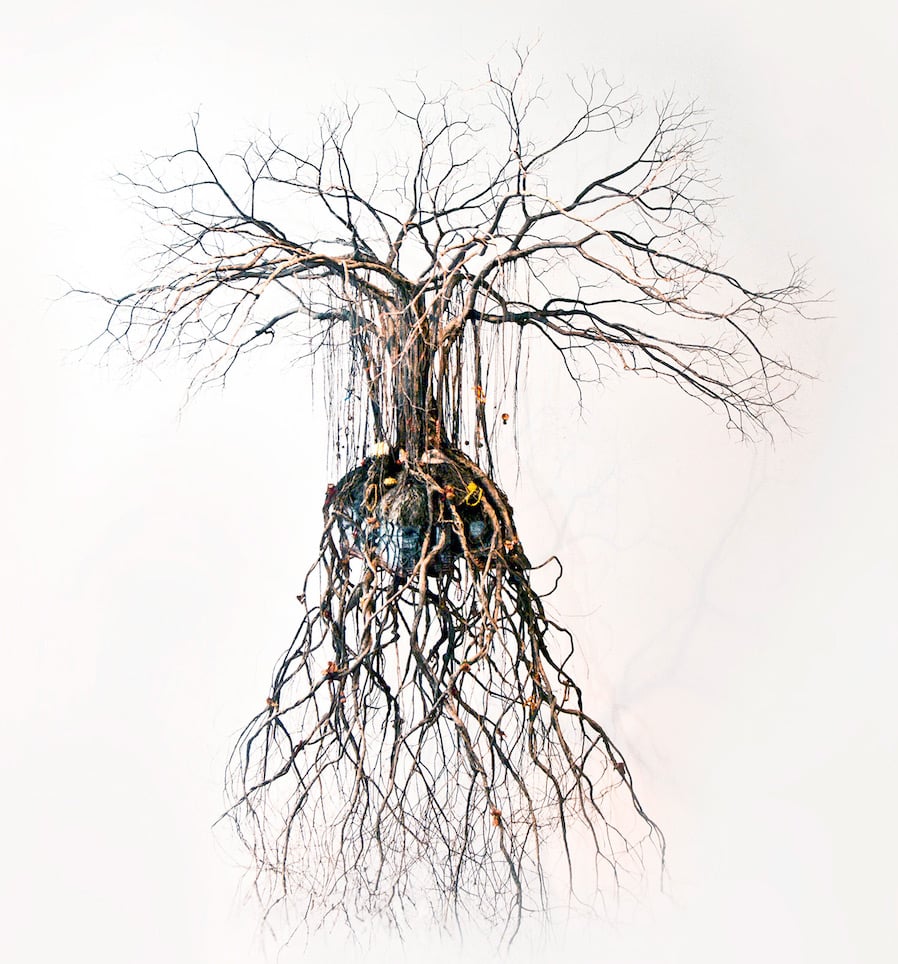 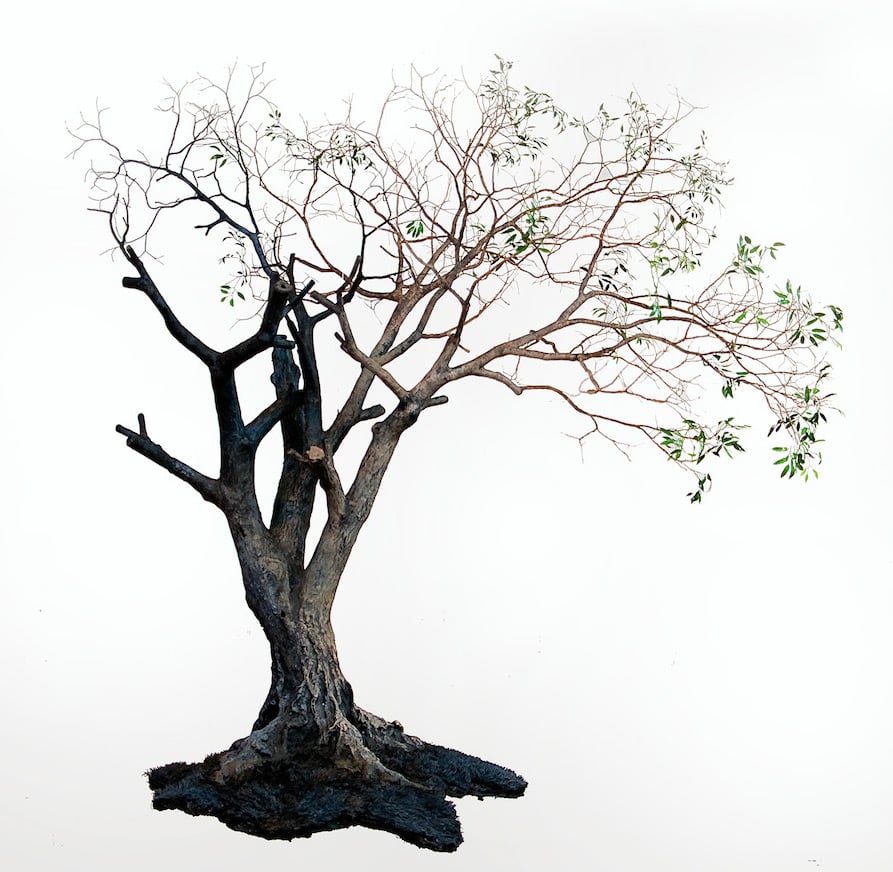 Mostly of the installations represent uprooted trees as a metaphor of his feelings towards the homeland. However, in them Mayet keeps constant a cherished element to the Cubans: the symbolic mysticism to which many trees are tied because of Yorubic religion, came from Africa with the slave trade. Those who practice it, pray and ask the trees to grant their prayers by making votive offerings then buried at plants roots. These atavistic rituals take life again even far away from their homeland through Mayet’s works made with a very simple technique: electrical wiring to build both the trunk and the roots of the tree. The cables provide the right amount of strength and support for the construction, as well as the possibility to easily manipulate them. The addition of the papier-mache is to give consistency and form, and at the end paint to give an aspect as more likely to reality. Tree uprooted to its roots, representing artist's feelings, is at the same time a kind of symbolic icon of nature strength and endurance that can withstand adverse conditions and to which man can aspire to.

Mayet works have been on show in some exhibitions at the Montoro Gallery in Rome, at Arte in Fiera Bologna, at the Saatchi Gallery in London and also at The Farjam Foundation in Dubai.