Looking for Cateura on Google you find that this small town of Paraguay hosts the biggest landfill of the whole country. Here garbage reigns with poverty: people live rummaging through the dump looking for something to be sold on the market. Having a new object that doesn’t come from the landfill is unthinkable: too expensive. Definitely overpriced. A ball, a musical instrument or a mobile phone are dreams not dreamables. Thus, especially for younger people, the simplest way to change their own life is alcohol or drug.

Browsing Google results however, you find that in 2006 Cateura has become famous for being the first town to recover from its situation of poverty thanks to the work done by Favio Chávez, environmental consultant, director and musician, and Nicolás ‘Cola’ Gómez, rubbish picker. If everything in a Cateura house comes from the landfill, why not to find in the landfill the necessary sources to give another way to entertain for the locals? Favio and Nicolás begin to think about how to use waste to create musical instruments as real as a real violin or a clarinet or a cello. And their experiment works!, finding that an empty oil barrel is perfect to become the body of a cello, a fork folded kitchen lends itself to become the final part of the violin.

Chávez gives the first instruments made with waste to Cateura children and starts to teach them how to play. They become interested and passionate of it even if sometimes it is not easy: when the weather changes even the sound changes. But music begins to resound through the streets, and the first cacophonous sounds are soon replaced by classical melodies. In 2012 the first video is uploaded on their YouTube channel, sparking the interest of the media all around the world and setting the stage for the crowdfunding campaign to make a documentary about the Cateura’s musicians. Over time, the video that surprises viewers with the emblematic opening sentence 'the world sends us garbage, we send back music' has scored more than 3,200,000 views. 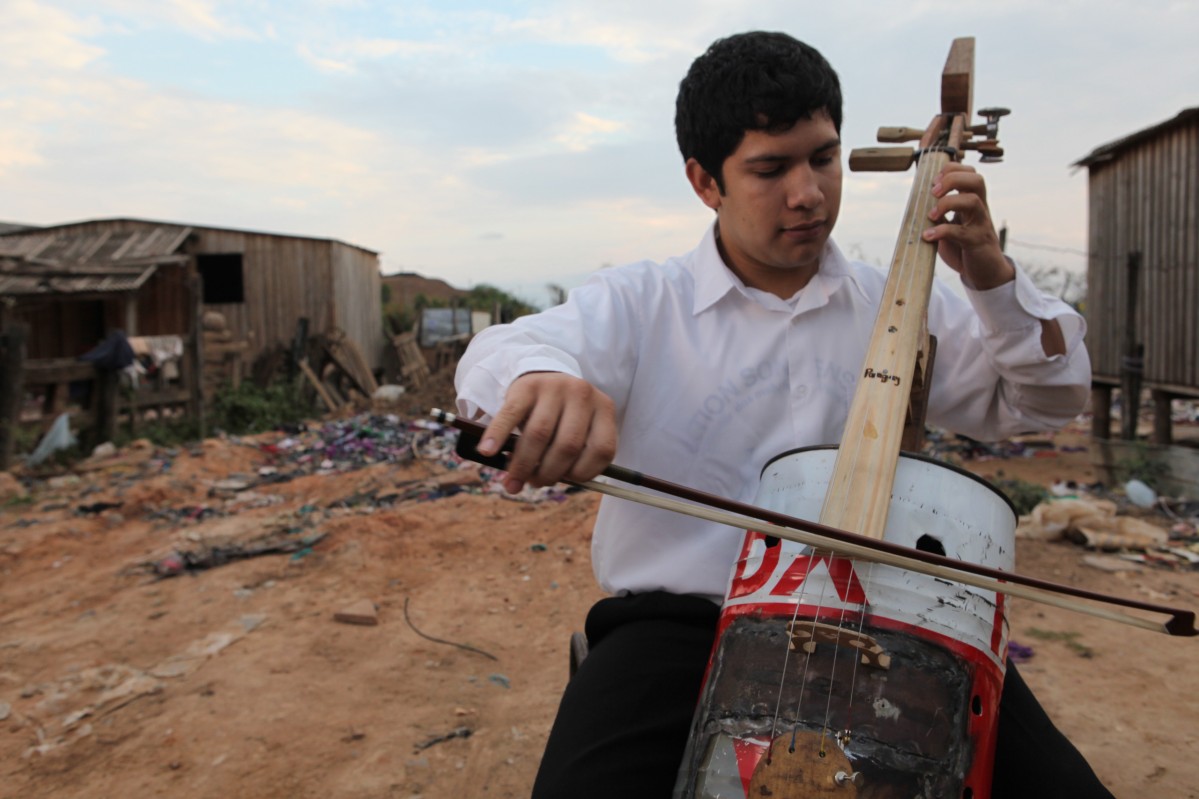 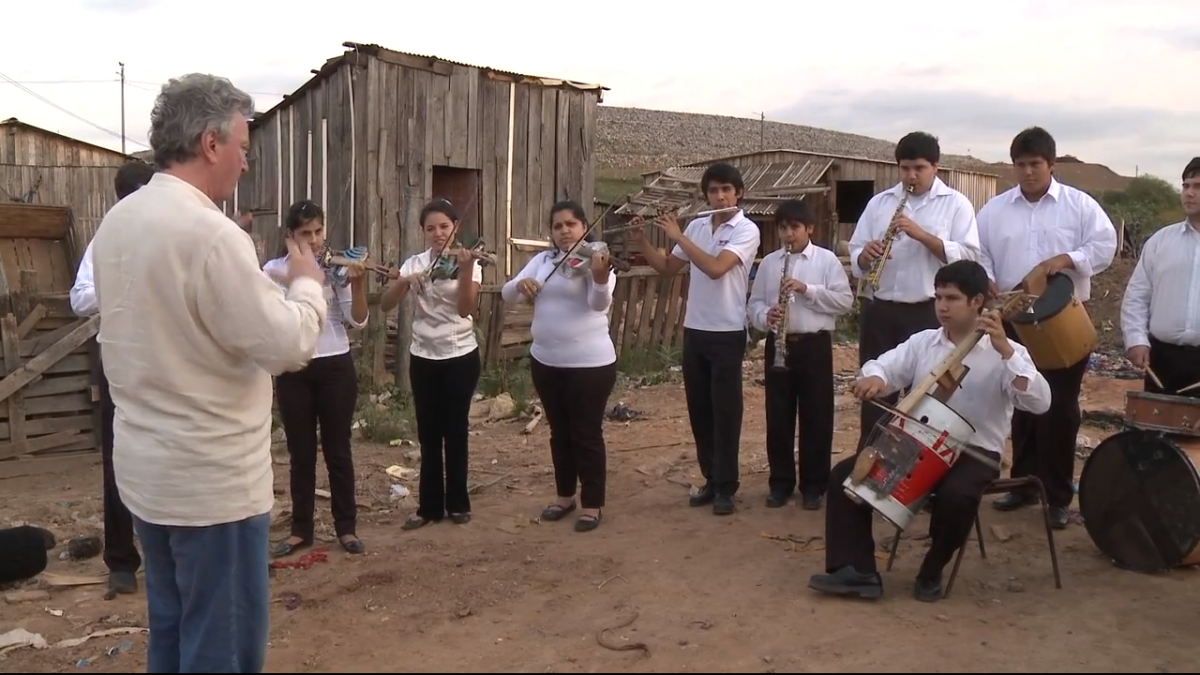 Now the musicians of the Orquesta Reciclados Cateura have become expert musicians who travel the world with their instruments made from waste, open concerts of the heavy metal band Megadeth, but also the Metallica’ South American stages, or the concerts of Stevie Wonder. During an interview for The Guardian, their teacher Chávez has made a very important consideration: in the common logic musical instruments are associated with perfection and refinement. Yet the Cateura children have shown that an orchestra is made up by people and not by perfect instruments.

Today there is a documentary who narrates this story: Landfill Harmonic, film by the same Fabio Chávez and winner of a special mention in the environment award at the prestigious Sheffield Doc/Fest, to remind you how, when all began in 2006, the aim was not create good musicians, but the good citizens of tomorrow, saving them from the street and the racket. The Cateura experience is now available for anyone. This is something that could be replicated in any part of the world where they have similar circumstances. It can be an inspiration for music to be part of the community where there are not the resources. In some communities of Ecuador, Panama, Brazil and Burundi it has already happened.