MycoTEX, the fabric made with mushrooms

Our world is dynamic, but the fabrics of our gowns still not. The fault is the disposable culture that shaped a way of life in which repair is not covered: much easier, and sometimes even cheaper, buy new items. Especially when it comes to clothing, whose rate of consumption is steadily increasing. But the change of direction is taking place, however, due to the wave of sustainable textile designers who aim to repair rather than to throw.

Among these there is also the Dutch Aniela Hoitink, creator of a new fabric grown from a mushroom mycelium. The revolutionary fabric is called MycoTEX and can be repaired in case of necessity and once the habit is no longer usable, it is easily composted. This particular fabric was recently brought on display at Fungal Futures exhibition in the form of the dress that you see here in the pictures. 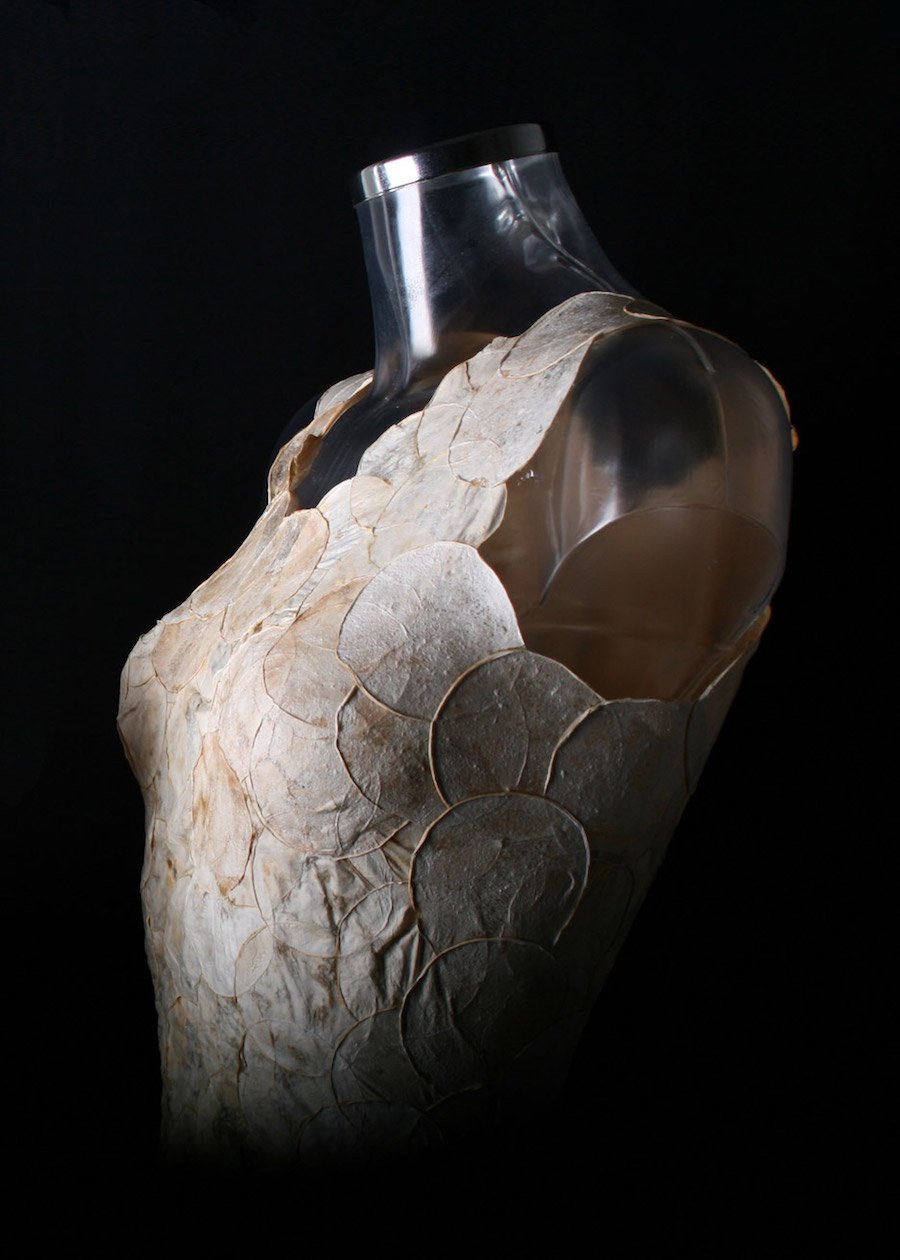 The initial purpose of MycoTEX was to create a fabric with the living material and develop from it a garment. It has been used primarily mushroom roots combined with a substrate. Aniela started combining the mycelium (the vegetative part of a fungus, consisting of a mass of branching, thread-like hyphae) with various tissues in order to create flexible composite products. During the experiments to obtain the result initially wanted, things, however, have evolved failing to realize tissues with only pure mycelium, while keeping constant the flexibility without using the traditional textile materials. Aniela’s inspiration in the use of mushrooms comes from the observation of a series of 'soft bodies' as she calls them: organisms that grow repeating themselves over and over again. Precisely this growth capacity has inspired her to produce fabrics in modules able to offer the advantage of an easier repair and replacement, as they don’t interfere with the appearance of the fabric. In this way is also much simple to adjust dress length and to add or remove items from it.

If MycoTEX takes place, it will be certainly a novelty and a revolution as it could jump many spinning and weaving steps. Grown is directly glued and molded on the mold and this tissue can also serve as nourishment to the skin with an antimicrobial action.