When I was a child I had dream: walk through my city without seeing rubbish or butts. Now I’m not a child anymore, but I try to do my best and to let people think when they are not doing well.

Public spaces are usually mistreated but now, more than in the past, we want to make people aware that other habits must be adopted.

What counts most is to encourage the target (yes, because civic education works with marketing rules as well): for this reason in the UK Hubbub is setting a series of projects called NeatStreets to make people have respect for public spaces.

From the talking rubbish to the musical butts, Hubbub is using the so called (by Volkswagen) fun theory to bring people to a good civic behaviour. 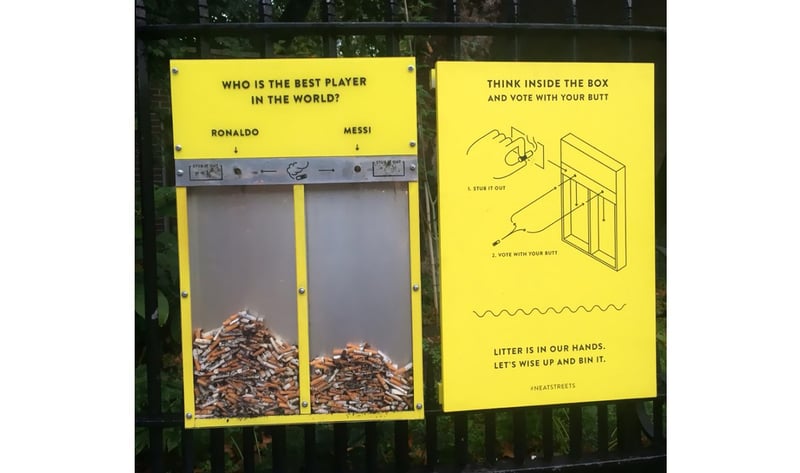 Now in London you can find some voting ashtrays. Smokers can vote on a different sports questions (such as ‘Who is the best player in the world?’) every week with their cigarette butts.

If you watch the picture here above Ronaldo seems to be winner: would you vote for him or for Messi?