Carmen Hijosa, a Spanish designer, is producing a 100% natural fabric created by the leaves of pineapple and which is able to replace leather, a material increasingly debated for both ethical and environmental issues. So, in order to research for an alternative material, whose production doesn’t involve the use of toxic substances to the environment, this entrepreneur has patented a new fabric that goes, well, exactly like leather, for the production of bags, shoes and other accessories.

The idea was born during a visit to some tanneries in the Philippines, a trip that has matured in her the desire to develop an ethical and sustainable material, similar to what it’s used for the barong talong, a traditional Philippine shirt woven with leaves of pineapplefibers.So, after five years of research, she created Piñatex, a material derived from the leaves of pineapple and processed without weaving.To obtain a square meter of fabric it takes approximately 480 leaves. It’s a wholly ecological and biodegradablefiber, since it derives from waste elements of the fruit which don’t require addition of water or fertilizers and, in addition, at the time of its disposal, it acts as a fertilizer. 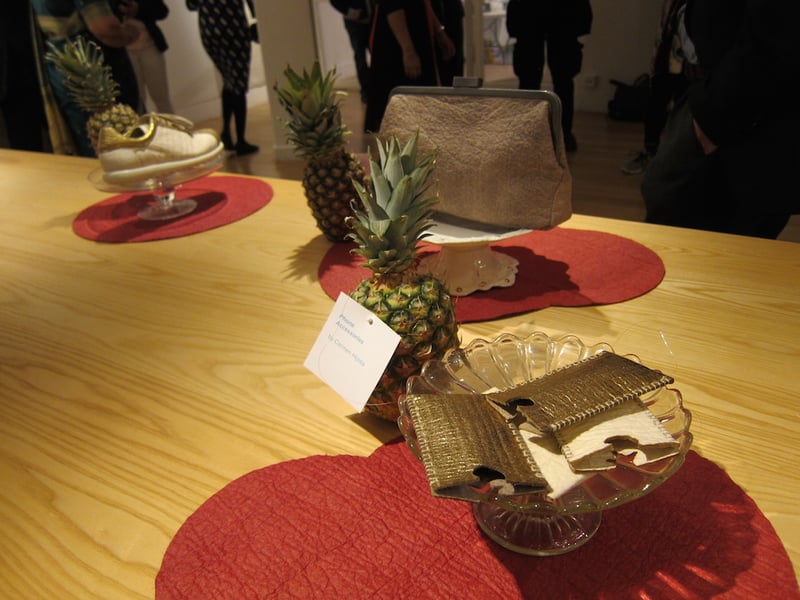 Thanks to its low cost, which is around 23 Euros per square meter, (against 25-38 euro of the leather), this innovative material has already found a place in some well-known companies: Puma and Camper used Piñatex for some prototypes such as shoes, bags, hats, accessories for smart phones, car seats and furniture.