In September we celebrate the Park(ing) Days! The initiative, launched in 2005 by the design studio Rebar, has become popular in many parts of the world and wants to draw attention to the alternative uses of urban public spaces. In San Francisco a carpet of grass and a park with benches were placed instead of a parking space.

We are talking about parklet, which is a neologism that means ‘recreational’ space with benches, tables, sometimes also stalls for bicycles, proceeds from parking areas for cars. This space increases the chances for people of finding a space where to stop in the street, without taking it off the sidewalks. The concept is clear: people first, then cars. 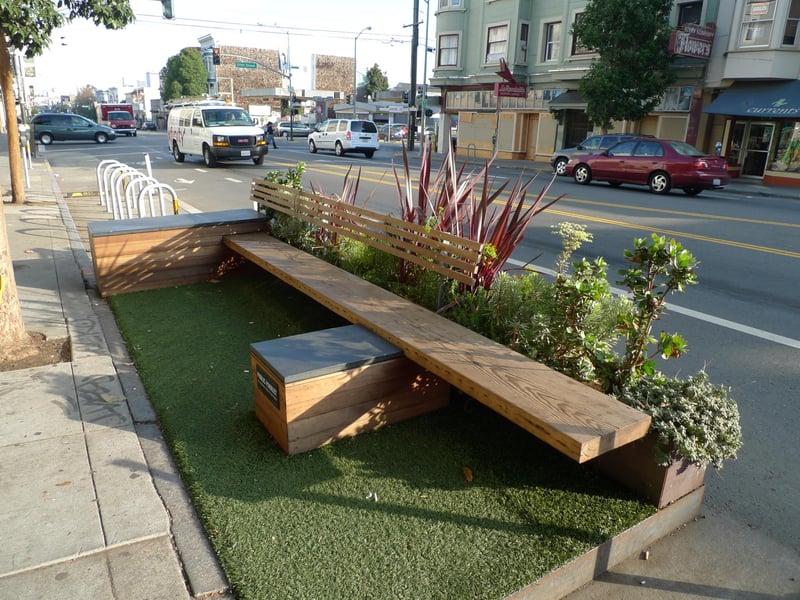 A few weeks ago the Municipality of São Paulo, Brazil, has incorporated the spirit of the initiative with a decree that institutionalizes the creation and maintenance of parklets. Anyone, whether a private individual or a business, may require to install a Parklet in a city street, as long as it meets certain requirements. A key point is that the parklets must be public spaces as well as freely accessible; they can’t be captured and used for private purposes by the manufacturer.