At a glance they seem beautiful and charming bright blue spots that paint the surrounding space, but they have nothing to do with art: they are hundreds of lakes appeared in East Antarctica that are getting worried the entire scientific community which deals with the damage caused by global warming caused by humans.

Global warming naysayers may start changing their tune as soon as they get a glimpse at a few recent photos from the Antarctica. Images of bright blue, supraglacial lakes (i.e. lakes that are formed over glaciers, to be clear ponds, which may extend for several kilometers and reach important depth) reveal hot spots along the surface of East Antarctica’s Langhovde Glacier. That's right, the coldest place on Earth is heating up and its once-stable ice sheets are rapidly losing real estate.

This phenomenon occurs in Greenland for several years, where high temperatures cause the meltwater drainage into the underlying ice bringing the glacier to collapse in a short time. According to the analyzes carried out between 2011 and 2014, Greenland lost approximately one trillion tons of ice but it is the first time that the presence of this phenomenon is recorded with certainty in the East Antarctica. While the accelerating growth of meltwater ponds may be news to some, meteorological and satellite data cited in a new study published in the scientific journal 'Geophysical Research Letters' suggests nearly 8,000 new supraglacial lakes appeared on the Langhovde Glacier between the summer months of 2000 and 2013. 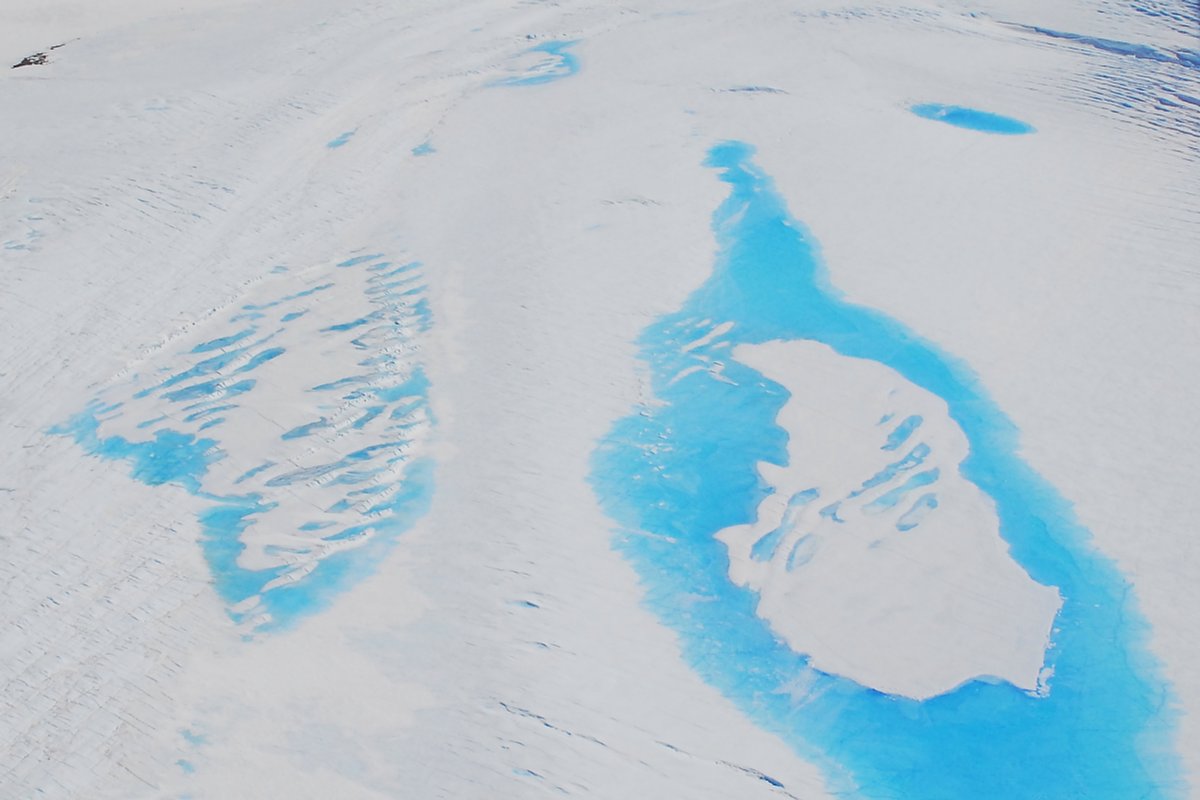 The presence of the lakes in East Antarctica is the proof, to the researchers, that global warming has also affected this area of the Earth that seemed immune for the temperatures. Climate warming has had a tangible effect on the melting ice sheets, but its long-term damage on the East Antarctic glacier is unclear: the lakes on the Langhovde Glacier are at present not affecting the existence of the glacier, but it will be important to monitor the situation in the future to see how it evolves with surface air temperature changes. Should the lakes continue expanding at this rate, the greatest concern would be the significant rising sea levels.