This post is going to be a little bit different than the usual ones. What you are going to read is a short interview with Francesca and Alberto, of the MoonSpectator project. A couple of weeks ago, they had the privilege of visiting the Svalbard Global Seed Vault. Are you curious? If the answer is ‘yes’, you’re right. It’s something you will like, a lot.

Could you briefly tell us what is the MoonSpectator project, what is its purpose and how it will evolve during the next months?

We are two independent storytellers: Alberto was born as a journalist and photographer, me (Francesca) as a photographer and artist. We met each other during a trip four years ago and since that day we have always shared everything, such as the love for long trips, but also for the small things of life. MoonSpectator is the realization of the common dream of putting everything into only one suitcase and start travelling around the world, discovering all the places where human being designs its survival. We will meet scientists who hold our fates and we’ll tell their researches with accuracy, from the studies on climate change to those on hibernation of the human body, we will go with NASA astronauts up to the arid lands of Mars. All of us are 'moon spectators’, observing every night from afar and thinking about the first step of man into the space; but perhaps not everyone knows that is already experimenting escape routes to new planets, which will become reality much sooner than we could imagine.

This is, rather than scaring ourselves in front of great questions about our future, we decided to go and look for answers, and so... we packed our things and we left to the North Pole! We already have in mind a dozen steps that should be completed in a year at the South Pole, but the project is so big and is always changing. Moreover, we are open to undertake all possible roads. The arguments of our project are so important all over the world that we decided to share our stories on social networks and let everyone free to discover these places. Those who are interested can just deliver us the questions they would like to turn to scientists we will meet. We opened a Facebook page, an Instagram account and a Twitter profile, in which next to the scientific part, we're telling even the most romantic and fun part of the trip. After all, MoonSpectator is also this.

From your Facebook page, we read that you have been in a wonderful place called Svalbard Global Seed Vault. Do you want to explain to our readers what is it and the importance of this place?

Our trip started from the last place inhabited by man: the Svalbard Islands a few kilometers far from the North Pole. After spending three days at the scientific basis of Ny-Alesund, we went a little bit more down towards the South to visit the Global Seed Vault, the bunker under ice where all the seeds of our planet are preserved. It was opened in 2008 with the intent of preserving the world's biodiversity and cope with disasters that could destroy the various species. Only very few people have access to the bunker and being able to visit it was a great thrill for us. It’s possible to access in it by entering a large concrete triangle that sinks into the mountain; you walk down into a tunnel that goes under the ice of 150 meters. The vault containing the seeds is protected by a sophisticated security system and by five steel doors. The structure has been designed to withstand even a nuclear attack! And even if a missile could break through the first two doors, it would face a concrete curved wall able to stop it. The last door, and also the most fascinating, is the bunker heart and is covered with ice, because within it the seeds are stored at a constant temperature of -25 degrees. 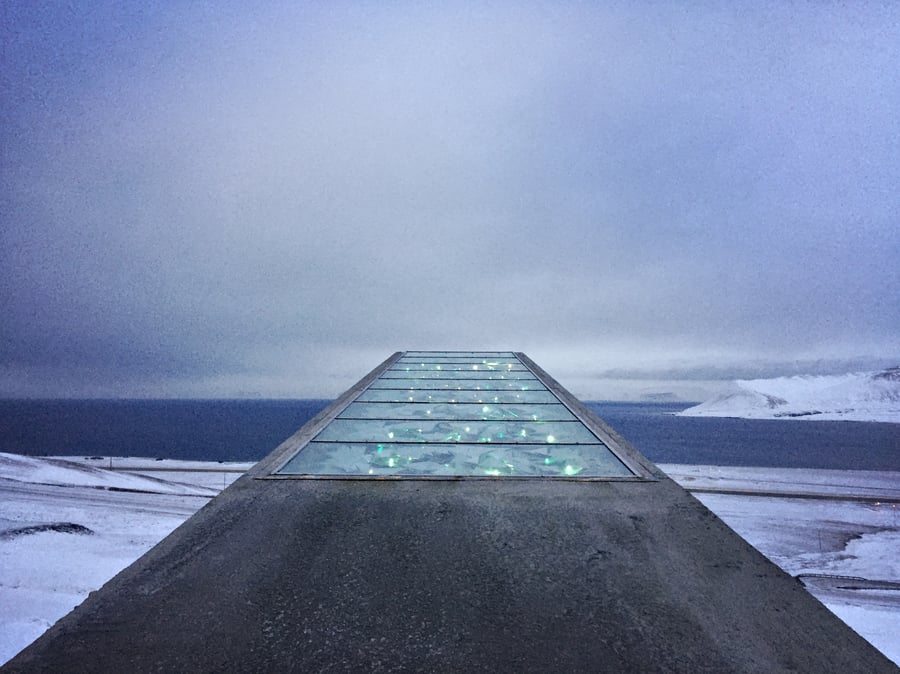 A while ago, we wrote on our blog what ICARDA is doing to safeguard Syrian crops. We know that a few months ago, Syria asked to pick up seeds from the Svalbard Global Seed Vault. May you explain us the reason behind this request and what is therefore the advantage of having an 'archive' like the one of Svalbard?

All countries have deposited their future in this bunker and it is a unique worldwide genetic bank. Many call it 'the Apocalypse Ark', but we like to imagine it more as a sort of Eden Garden hibernated, but, at the same time, it is obvious to think that if governments have started a project like this, something on our planet is going really to change. In fact, last September 15th, Syria was the first country in the world to withdraw its seeds. War has destroyed laboratories in Aleppo where scientists were selecting wheat able to resist to drought. The research was necessary due to recent climate change. Bombs have deleted all progresses and Syrian scientists were forced to start again from the beginning with the seeds preserved only in the Seed Vault. 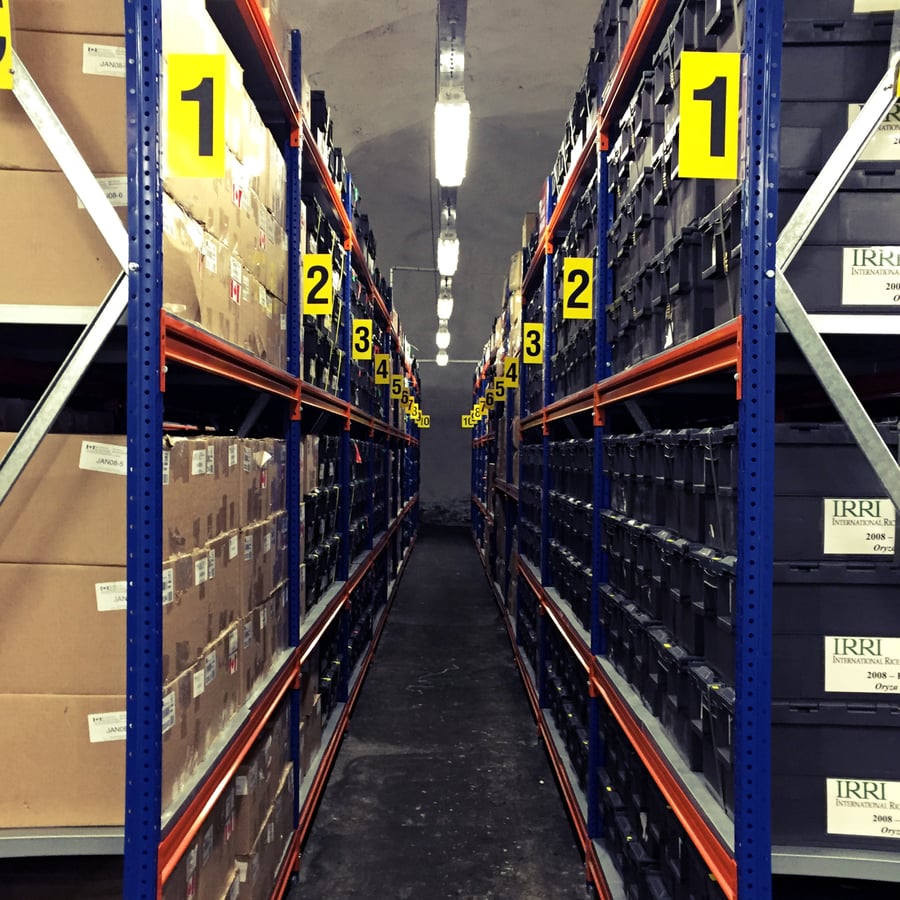 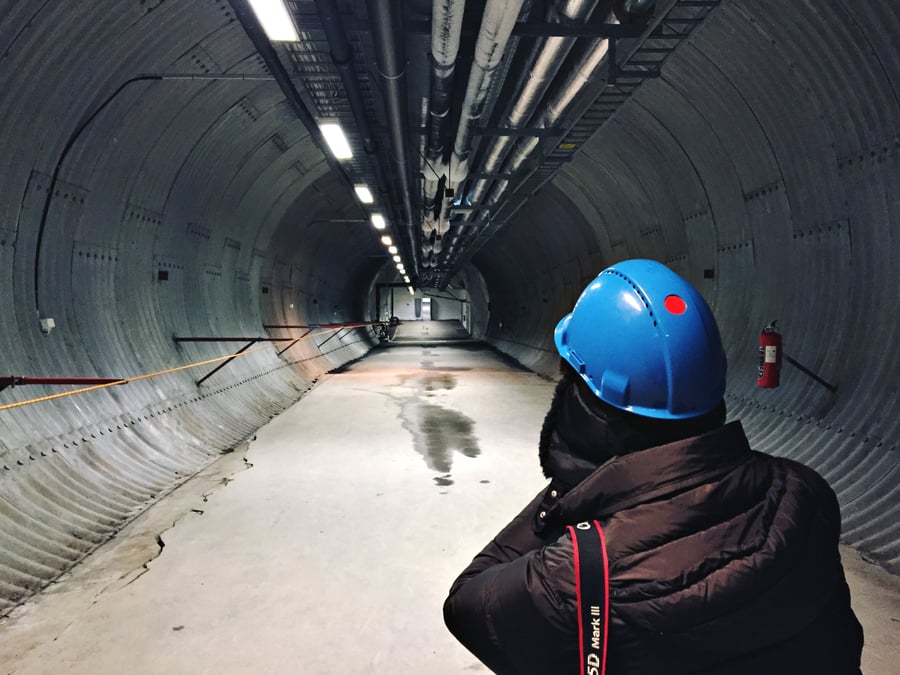