The bamboo playhouse in the city of Kuala Lumpur

A really heavenly place immersed in the fascinating Malaysian nature where stress and worries make way for relaxation and serenity. A playhouse made entirely of bamboo, a kind of public pavilion located in Kuala Lumpur’s oldest and arguably, most picturesque park, the Perdana Botanical Gardens. The park is located right in the heart of the peaceful Malaysian capital city and the pavilion itself is situated on a small island in a large lake that stretches through the center of the park.

The use of bamboo in the construction of contemporary buildings is very rare in Malaysia and the architect Eleena Jamil decided to create a gathering place for local community with the desire to explore the potential of this sustainable building material in the hope that it will become a mainstay in future structures. Positioned along the edge of the lake, the playhouse is an open freestanding structure, consisting of 31 identical square landings raised and fixed at multiple levels, seemingly random heights. 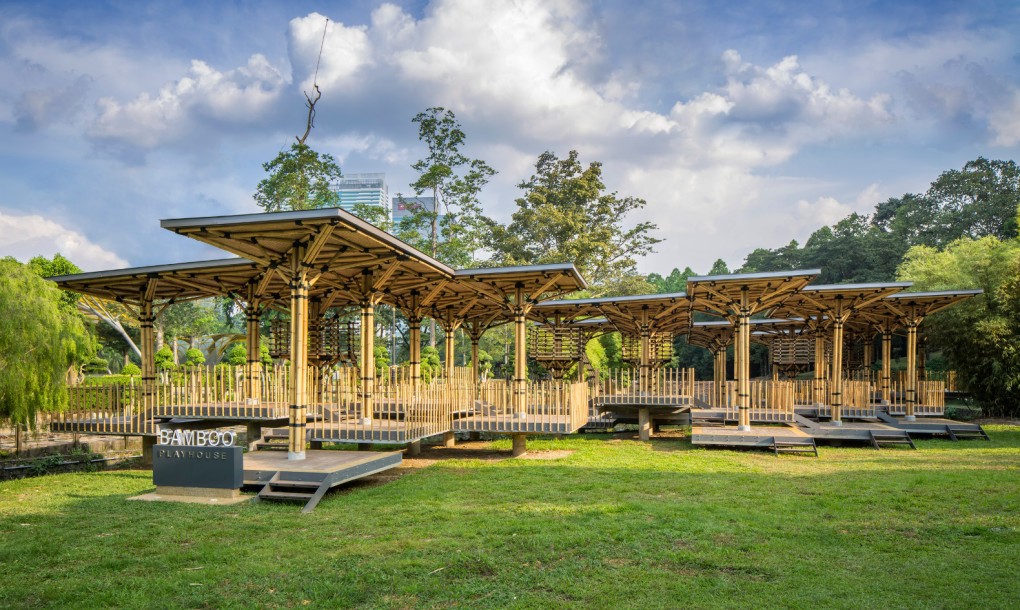 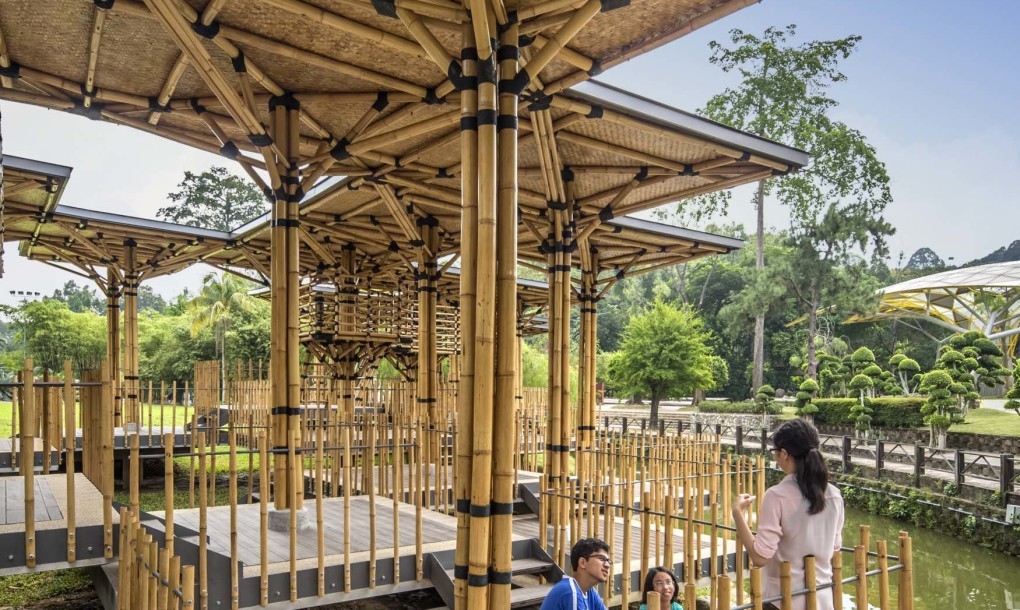 The alternating heights of the decks create an enganging three-dimensional floorpan for visitors, as do the tall columns in the center of each section, sprouting from the floor like a tree to support the roof. Above the floor level there are repetitive modular structures made entirely out of bamboo, tree houses in the form of bamboo 'baskets' are hung off the columns and they add another playful element to the pavilion. Inspiration for the playhouse comes from traditional vernacular structures called the 'Wakaf' which are originally found in villages. These structures are essentially simple shelters built for entire communities that can be used freely by anyone as a place to rest.

In this case, the playhouse can be described as a series of 'Wakafs' grouped together to form an animated and playful bamboo structure that blends harmoniously with the beautiful greenery of the botanical garden and invites children and adults alike to gather under its shade. The structure offers a series of indeterminate spaces, offering various opportunities of use and occupation: the place was used mostly as a playground, but inside it have been also held many performances and exhibitions.