The sound of nature according to Bernie Krause

"If the eye can be deceived, our ears can tell a different story". This is the philosophy of the American Bernie Krause, an ex musician and sound engineer for The Doors and George Harrison, who for 45 years records the melodies that nature composes, giving us an incredible archive of harmonies. Yes, because Krause recorded soundscapes: from the wind running through the trees to the sound almost inaudible of insect larvae, from grunting of the sea anemone to the sad call of beaver crying.

Nature is a great orchestra that never ceases to perform its concert and Krause is a real nature sounds hunter. But what is the work of a sound hunter? Bernie Krause studies the natural soundscape and its changes during the seasons. He analyzes any type of sound produced by organisms living in a given environment, in search of the damage that humans have caused with their invasive actions: “When I first began recording wild soundscapes, I had no idea that ants, insect larvae, sea anemones and viruses created a sound signature. But they do. And so does every wild habitat on the Planet, like the Amazon rainforest - says Krause - In the early 60's the biggest problem was given by technology. The typical methods of recording, indeed, did not allow to capture the most of the sound essence produced by nature but, in contrast to what happens today, the result that was obtained, compared to the number of hours of listening, was different. I could record for 10 hours and capture one hour of usable material, good enough for an album or a movie soundtrack or a museum installation. Now, because of global warming, resource extraction, and human noise, among many other factors, it can take up to 1,000 hours or more to capture the same thing”. 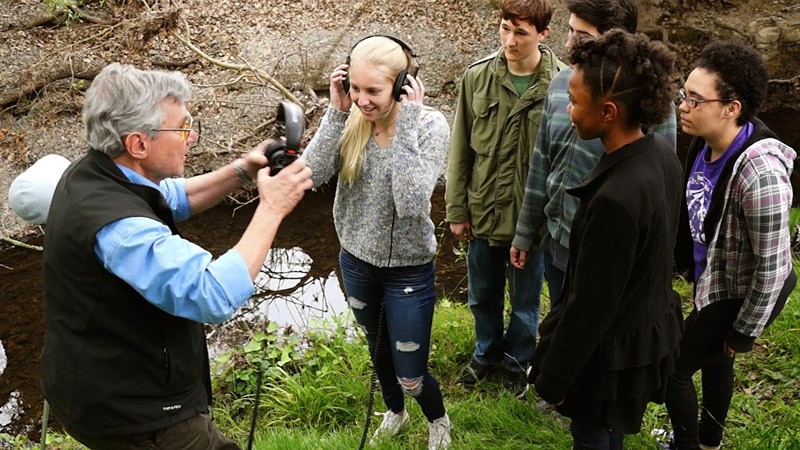 In over 40 years, Krause has collected 5.000 hours of recordings, made in natural environments inhabited by at least 15.000 different species and La Fondation Cartier pour l'art contemporain in Paris has dedicated an exhibition, open until early January 2017, a real journey through the wonderful wildlife world, to discover its secrets, its beauty and especially its surprising and unexpected music. For the occasion it was also created a website that allows users to direct a virtual biorchestra, an interactive experience of harmonies generated from the animal world.