The nature is always full of surprises and also shows unusual landscapes: the submerged forests are a little-known phenomenon and, precisely for this reason, very charming. Trees that should direct their roots to the mainland are instead positioned along the water depths, creating unexpected performances for those who can see them. The flooded forests include groups of trees, or what remains of them, covered by rising water level.

Located about 130 kilometers east-southeast of the city of Almaty, in Kazakhistan, between the uplands of the Tian Shan Mountains in Central Asia, there is the Kaindy Lake. It is 400 meter long and 30 meter deep and it is 2000 meter above sea level. The real peculiarity of this place is what is inside the lake... a submerged forest. The lake was created after a landslide caused by an earthquake in 1911 that blocked the gorge and the course of the mountain river, forming a natural dam which over the years has held back the water rain until the birth of the lake. 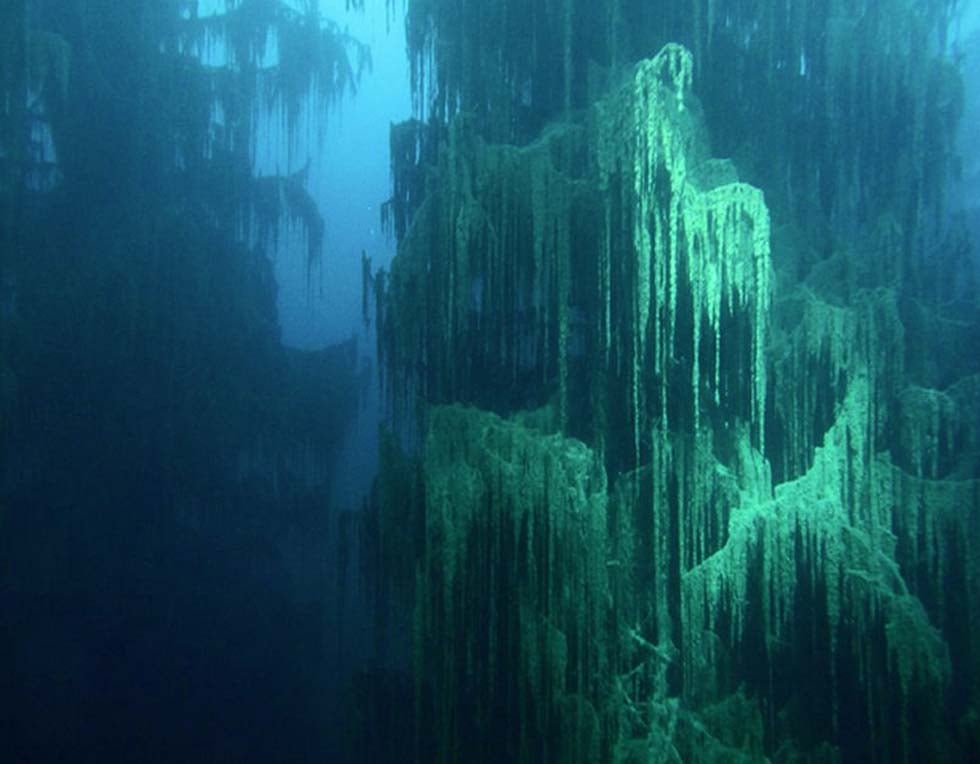 The limestone rocks that slid down from the surrounding mountains have brought back everything they found in their way, including trees, creating what is now known as the 'swallowed Kaindy's forest'. After over a hundred years you can still see the dead trunks of Picea schrenkiana, Asians spruce that once formed the forest, protrude from the surface of the water, even if the real show is hidden in its depths. The tangled submerged forest was preserved for all this time thanks to the constant low temperature of the water (even in summer the temperature does not exceed 6 degrees).