The sustainable hub by Gucci

As every September, Milano makes itself beautiful for its fashion week, able to attract the most important celebrities involved in the fashion system. New collections are shown, and maybe some great announcement is scared off or an outstanding inauguration patiently waited three years. On September 21, in a fashion week just started, Gucci launched its Gucci Hub, the new headquarters of the brand belonging to the Kering Group that will bring together for the first time all of the brand offices in Milan with its showrooms creating a space for the 2017 shows, with all the graphic activities and photographic studios.

The Italian fashion house founded in Florence by Guccio Gucci in 1921 has chosen to bring back to life a building full of memories for the city of Milan: the former Caproni Aeronautical factory, built in 1915 and active until 1950, when it was decommissioned and used to host craft activities and warehouses. The recovery project of the existing architectural heritage to succeed at the same time to meet all the needs of the modern headquarters was entrusted in 2013 to the Milan studio Piuarch, who had already been in charge of the Givenchy boutique in Seoul and those of Dolce&Gabbana in Italy, China and Japan. 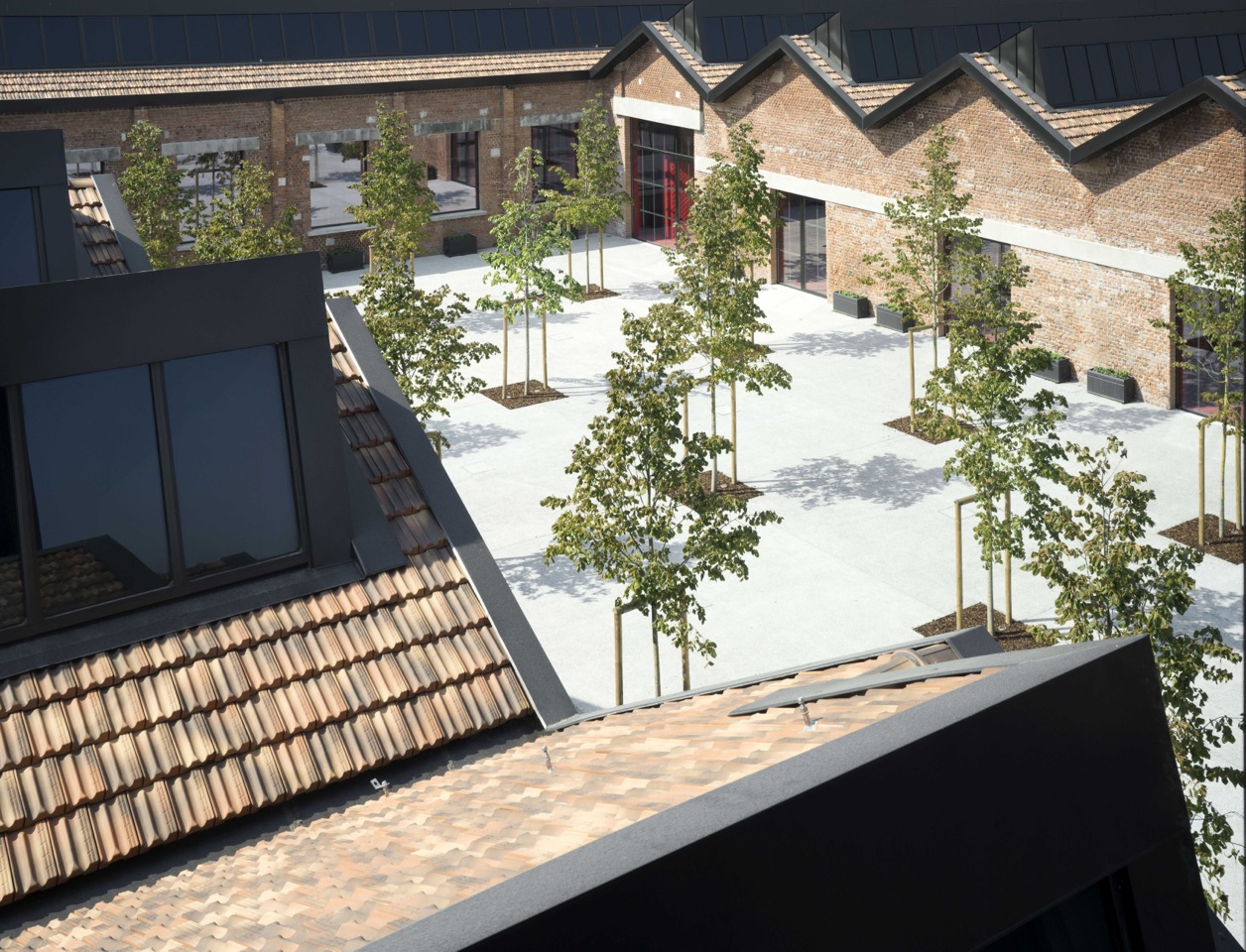 Today at number 79 of Via Mecenate, the hinge between the Milan suburbs east and south, the recovered complex and adapted boasts an area of ​​35.000 square meters, but above all can boast being 100% sustainable, hosting inside a forest, a tree-lined square, numerous gardens and green walls. All with LEED Gold certification. At the center of the complex stands a new tower of six floors, with glass walls overlooking the hangar once used for the assembly of Caproni aircraft. 2,000 of 3,850 square meters will be used to host the upcoming shows of the brand. A car park with a capability up to 300 cars has been added to the new HQ.

Concept and design of the new headquarters are consistent with the ecological worldwide program that Gucci is carrying on and has as key points the development of innovative and environmentally friendly materials, energy saving in all stores, office buildings and logistics centers, the optimization of the distribution and transport and the waste reduction.

The Gucci Milan Hub will join the other two historic HQ: one in Florence and the ‘casa dell’Ufficio Stile’ in Rome.