Treepedia, the platform that measures green

How many trees are there in the major cities of the world? Treepedia, a platform that measures how much green there is in cities and neighborhoods in which we live, answers our question. The project, which belongs to a group of researchers at MIT (Massachusetts Institute of Technology), involves the Italian architect Carlo Ratti and uses an algorithm and Google Street View.

“The aim is to map the presence of trees in a city and to compare neighborhoods and areas. In this way, citizens have a good point of view to understand what is the state of the green in their areas and help plant trees, where there aren't enough - explains Ratti - It's already planned a second phase of the algorithm that will help to identify the species of tree more suited to a particular area, inviting residents to work hard to make their city greener”.

In the first phase of the experiment the researchers mapped 12 cities, including Vancouver, Paris, New York and London and then they created maps with the collected data that showing the cover of the trees, view from above: green dots represent the richest areas, brown ones the most deprived areas, while black ones areas are the places that have not yet been analyzed. Vancouver, with an average of 25.9%, is the green queen while Paris is the worst, with a score of 8.8%. The analysis showed also that there is heterogeneity between different areas. 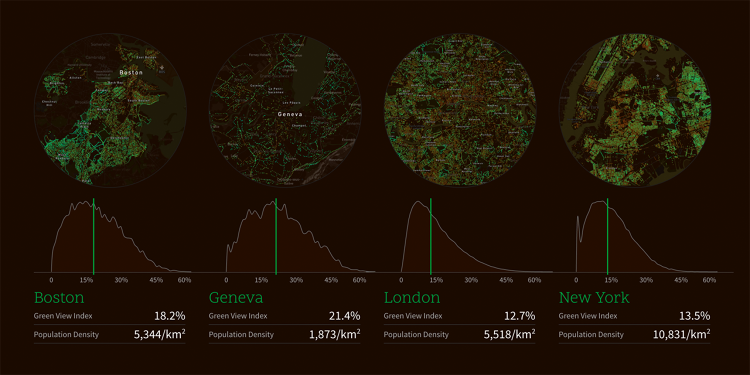 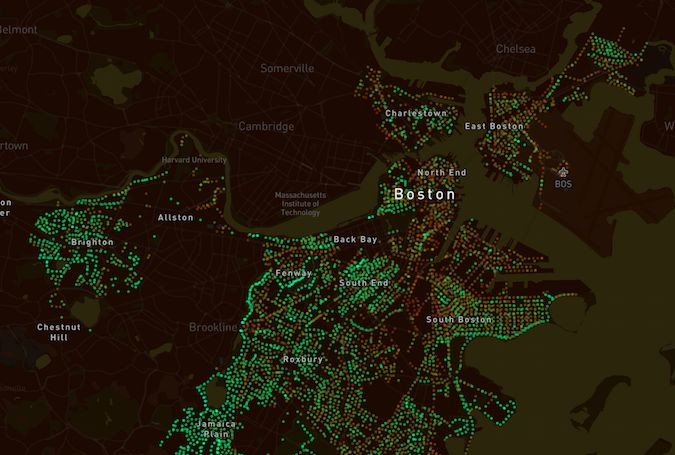 New York, for example, has a good coverage of trees in some areas but there are others, like Newtown Creek, Brooklyn and Queens, on which there is much work to do. Paris has a stronger concentration in the southern sections of the city but it is very poor in the northern districts while London would need to focus on the east and the northeast of the city, where there is a scarcity of trees. Treepedia is certainly not free from limitations in the choice of instruments for the measurement. Relying on Street View, indeed, means bringing out of control all areas in which the eye of Google does not arrive, such as parks and gardens, where there are, as we can imagine, the most of the trees in the city but the potential of the project is still remarkable: the mapping aims to repopulate the city of trees, by involving citizens.