What does the average American think about Climate and Energy?

The United States are engaged in welcoming the new occupant of the White House. This will change the political and economic situation worldwide and the perspectives on the environmental challenges that we face, but, before assessing the government's position, for now it is interesting to try to understand who is the average American when it comes to energy and environment .

A survey from the Energy Policy Institute of the University of Chicago and The Associated Press-NORC Center for Public Affairs Research helps understand the scenario in terms of environment, perceived role of government in the fight against climate change and the fulfillment of global emissions constraints and public opinion on the fracking issue.

Here is some data:

This infographic, created by AP-NORC, shows some of the results of the examination. 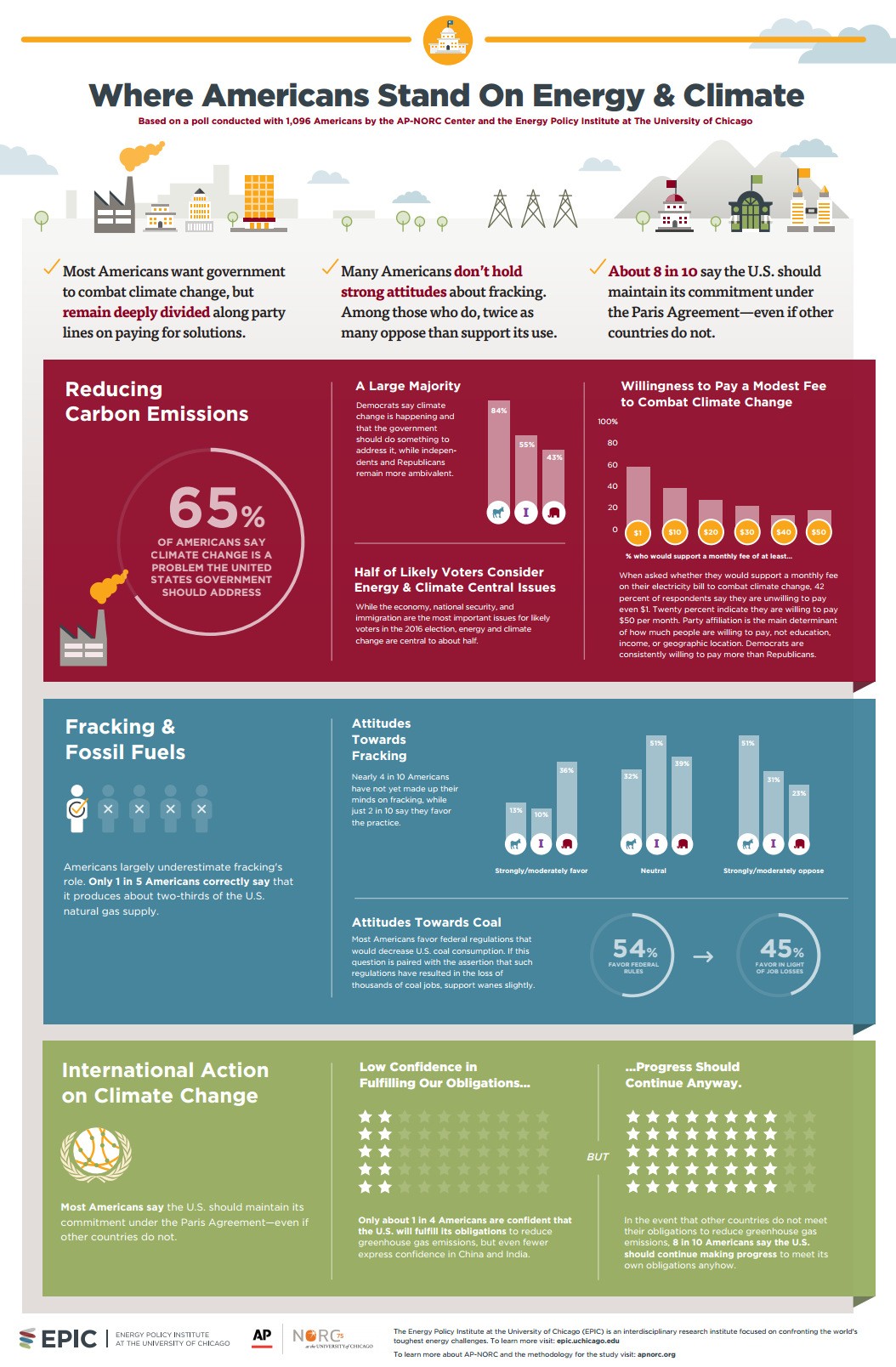 Only one in five Americans know that two-thirds of the US energy demand is covered by gas from the use of fracking. But you can not consider a case that those who are informed on the actual origin of the resource, develop an awareness of the risks that this technological solution involves: in the population informed portion opponents of fracking are twice as many supporters.

To date, the analysis carried out by the data, it is clear not only that 13% of the US population is not certain that climate change is actually taking place, but also that one in ten Americans is convinced that this does not exist at all.

Despite the hurricane Matthew has befallen Florida, North Carolina and other southern states only a few weeks before the election, the candidates were surveyed on climate issues in comparative debates in sparse occasions. A lack that stands out from above, with little clarity on the future perspectives on energy transition, as from below, with little aptitude for taking active consciousness.

The newly elected president Trump, will have to deal with the climate issue: the United States joined the Paris agreement and will need to respect him at least until November 4, 2020, near the new election.

The future is uncertain, and this is not the time to make assessments on the geopolitical future of America, which also people much more competent will make, but one thing is certain: the information is the key to a positive evolution and science, permeating even when we do not know the quality of our lives,  must first be disclosed.