Wool shoes to protect the environment

Would you wear wool shoes to save the environment? If you do not know what to answer, just think that already exist and maybe, at least the most famous, you’ve wear them! Typically, most of our footwear is made from either natural materials - such as leather or canvas - or synthetic petroleum-based materials (such as rubber or plastic). But few manufacturers opt for wool, though, able to absorb moisture, is breathable and sustainable.

The most famous wool footwear brand to date is the Australian UGG. Since produces boots feature an exterior layer of sheepskin and a woolen interior. They were well appreciated by surfers, who loved the fact that they could warm their feet instantly after coming out of the ocean. At that time they could buy for $ 12 at any gas station; today they can be bought in most shoe stores, although the price is a bit changed. Brands less known but who have undertaken the same use of the wool road are the Swiss Baabuk, specializing in sneakers and the Londoner Mahabis. The latter makes a wool slipper that transforms into an outdoor shoe with a detachable rubber heel.

With a population of 4.6 million people and 29.5 million sheep (six sheep for every person), it’s New Zealand to be the perfect ground in order to create these new shoes. Two companies are supplying themselves with the New Zealand wool to create shoes for both winter and for summer. The first is Allbirds, San Francisco-based, who has redesigned the typical sneaker using a fine merino wool upper and base made from castor bean oil, a natural substitute for plastic and rubber. Founded by a former New Zealand soccer player, Tim Brown, and an expert on renewable materials, Joey Zwillinger, sneakers are washable, with a minimalist design and with super fine merino fabric. Wool acts as an insulator, making the shoe warm in winter and breathable in the summer. Plus, it controls odor naturally thanks to its composition of fatty acids, which have antibacterial properties. A pair of Allbirds retails for $95 online, a price comparable to popular athletic brands such as Nike and Adidas. 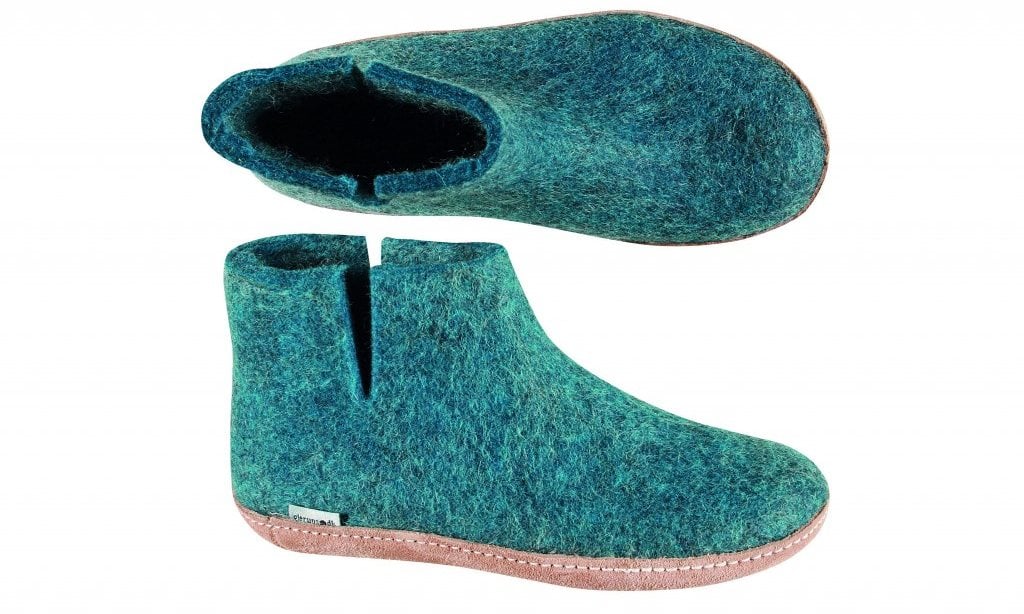 Danish is Glerups who works with felted wool. It’s known for its calfskin and wool booties and slip-ons, made of a single piece of felted wool that is stitched onto a calfskin base. Actually Glerups is not a beginner: conceived in late 1970 by a Danish couple, working only with original wool of southern Sweden taken from a particular breed of sheep, the Gotland. Mrs. Nanny could sew only two shoes a day, and her husband, Ove, liked to maintain personal relations with all the farmers. Nanny’s shoes slowly became popular in Copenhagen’s shops, but in 1990 began to have some problems. Allan Timm, now co-owner and Glerups director who had already worked with a footwear brand in Spain, came through on their behalf. Today, Glerups are sold in 14 countries around the world at the rate of about 200,000 pairs a year and the increase in demand has led Timm to look for an easier-to-procure wool: the New Zealand one. Both Glerups and Allbirds now work in conjunction with a part commercial, part co-operative group called The New Zealand Merino Company, which connects international brands to wool farmers across New Zealand and helps establish contracts between farmers and brands to ensure a consistent supply of wool.