The incredible story of the faun Chemirocha

This is one of those stories that weaves together such incredibly different threads that it seems like the work of a particularly imaginative author. It’s actually a true story, and reminds us that no storyteller is more adept at plotting than fate itself. It starts in the USA of country folk music and its thousand roots, then moves from England to Africa with its deepest musical traditions.

But it also reminds us that what we call traditions are not creations of absolute and primeval purity, but are in turn the fruits of encounters between different elements that mix together and create something new.

When I first heard of this story I was in Kenya visiting some of the areas where we work. And I was incredibly close to where the events I am about to tell you take place. So I decided to name one of the trees planted in Kenya Chemirocha.

From yodelling to country

To be honest, our story doesn't begin in the US, but at an unspecified time, in the central region of what is now Switzerland. In fact, it isn’t easy to establish the exact date of origin of that typical style of singing from the German-speaking Alpine area, known as yodelling.

What we can say is that yodelling evolved in central Switzerland’s rural Alpine communities as a highly practical form of communication. It was used to call herds of cows and to communicate from village to village and mountain to mountain: a particularly useful means for communities separated by deep Alpine valleys. What began as a simple form of practical communication then evolved over the centuries to become an expressive artistic form that ended up codified according to a scheme whereby a first singer improvises and the others join in with harmonisation [1].

During the 20th century, yodelling found an unexpected new artistic lease of life in the great melting pot of American country-blues-folk, amidst the fusion of elements of African music and legacies of various European origins. In particular, one of the first country singers to use yodelling in his singing was Riley Puckett [2], a former member of the Skillet Lickers; but the one who made it most successful was Jimmie Rodgers, whose various nicknames include the Father of Country Music. As the Italian Wikipedia entry puts it:

Jimmie Rodgers contributed decisively to the development of country music, and country folk music in particular. Building his traditional ballads on the musical influences of the South, Jimmie wrote and sang songs in which ordinary people could see themselves reflected [3].

Not only that, but Rodgers was also the first true big star of country music: at the time of his death in 1933 (he died young from tuberculosis), he alone represented almost 10% of RCA Victor record sales. Rodgers’ “blue yodels”, in which his voice jumps and sways rhythmically – perhaps imitating the whistle of a solitary train, a sound he had probably internalised from his years working as a brakeman [4] on the New Orleans and Northeastern Railroad – were hugely popular [5].

Legend has it that Rodgers came across yodelling by chance. In 1928, country singer Jimmie Rodgers heard alpine yodelling performed by a travelling Swiss troupe, and included it along with African-American and traditional folk music in his seminal recording “Blue Yodel No. 1” [6]. In fact, there is no way of ascertaining that this was actually the case, but the story is certainly plausible. Upon hearing this curious way of singing, the young Rodgers – who delighted in singing and composing music that was already a mixture of different ingredients – decided to make it his own.

The music Rodgers composed then is today considered to be at the roots of traditional American popular music [7]. Those roots, however, anchored themselves in very different and varied soils.

Rodgers’ interpretation of Waiting for a Train is one of the most famous in the history of country music. It is the first of only three Rodgers songs ever recorded on film (Waiting for a Train, Daddy and Home, T for Texas).

Hugh Tracey and a mission

In 1921, a few years before Jimmy Rodgers discovered yodelling, a young Englishman named Hugh Tracey, born in Devonshire in 1903, was travelling to what was then called Southern Rhodesia and is now Zimbabwe. He was going to join his older brother, Leonard, who had served in His Majesty’s army during the First World War and been wounded. Because of this, he had obtained a concession for a plot of land in Africa. His brother’s idea was to grow tobacco. Hugh’s destiny and curiosity led him instead to travel to deepen his knowledge of a vast world, apparently distant and hard to understand, represented by the many cultures that inhabited that continent. 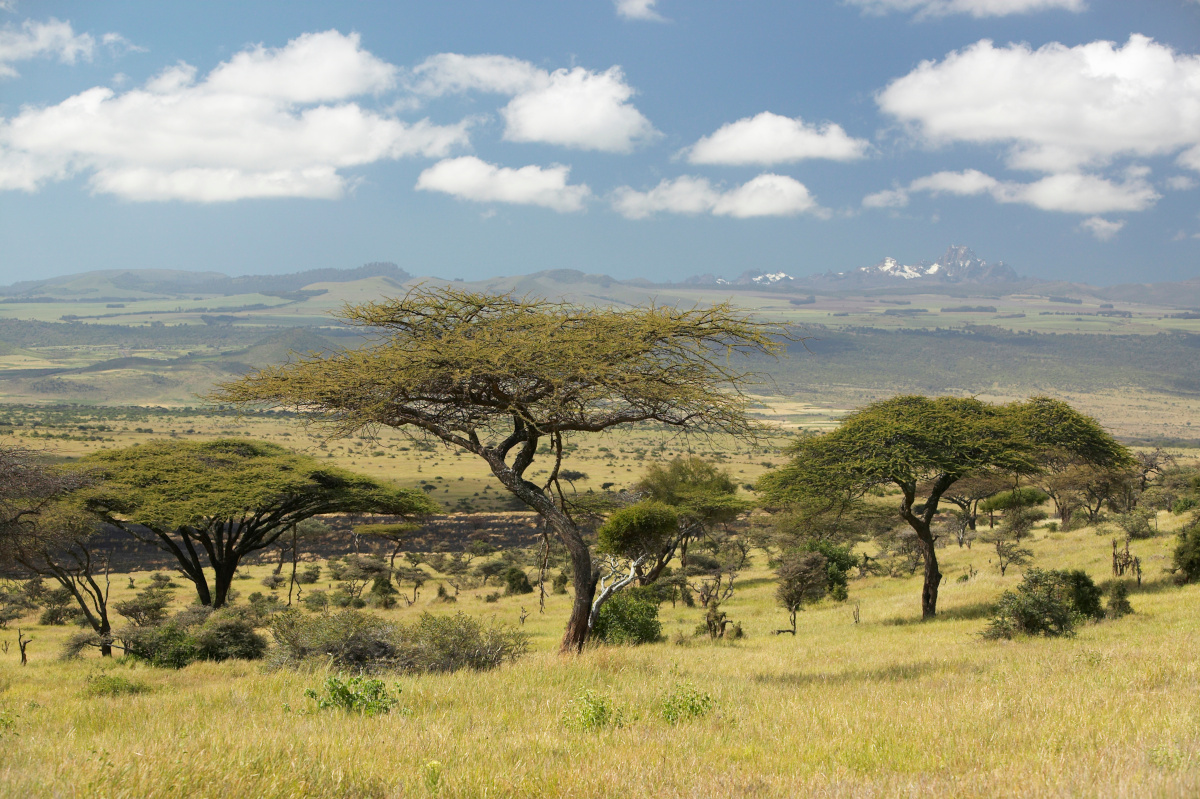 Tracey grasped what almost everyone else missed because it was considered irrelevant: the value of the cultures and traditions of the many African peoples and the need to portray them with their original characteristics, before these were changed by contact – in a context of imbalanced power, exacerbated by prejudice and the will to dominate and suppress – with those of the newcomers. The expression and transmissibility of these cultures hinged on their oral and musical tradition, which made them even more susceptible to suppression that would mean oblivion.

Tracey lacked his own funds, but thanks to his inexhaustible enthusiasm he obtained funding from European sources to study and preserve traditional African music.

“Hugh Tracey had no formal background in music, or ethnomusicology, or anything else. He made it all up as he went along. In any case, he did a remarkable job. He organised and led various expeditions lasting several months to explore the musical worlds of southern Africa. He wrote and catalogued extensive notes, photographs and sound recordings of musical performances in rural areas of several sub-Saharan African countries. In the 57 years that Tracey lived and worked in Africa, he understood it as a mission to document and preserve any African music and musical instruments he could find.” [8]

Document, preserve, but also try to disseminate. As Tracey himself notes in the introduction to the collection from his field recordings, the Sound of Africa series (210 LPs): 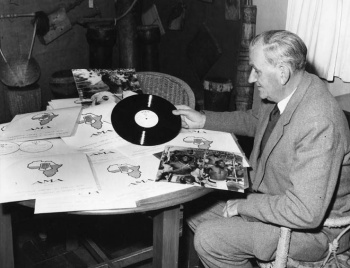 “At that time, the public showed little interest in African music and did not understand why I constantly stressed the social and artistic value of the music for future generations of Africans. Moreover, tribal music recordings, however good, were not considered to have commercial value, as they would only appeal to a limited audience who were familiar with the dialect in question, few – if any – of whom would have had the necessary equipment to play them. As a result, there were no other research funds available for this purpose and for the next 12 years I undertook the profession of broadcaster, taking every opportunity to introduce the elements of African music to South African audiences and other radio audiences.” [9]

One day during one of the many trips he took across Africa, Tracey arrived in a village in the Bomet district of Kenya. The date was 15 September 1950, and it was precisely that day that Tracey recorded 34 songs sung and played by people from the Kipsigis tribe.

Among those recordings are 3 that Hugh Tracey filed under the names Chemirocha I, II and III. Versions I and II are sung by men, but the most famous version of Chemirocha is the third. It is sung – as Tracey notes – by “Chemutoi Ketienya with Kipsigis girls”. From what we hear, it’s a young girl with a group of her peers forming a chorus. The singing is accompanied by the sound of a stringed instrument similar to a lyre, called a kibugandet. The song lasts just over a minute and has a hypnotic and alienating charm, especially due to the repetition of the word “Chemirocha”. A word whose meaning is: Jimmie Rodgers.

Tracey himself explains it in his notes to the song.

According to Hugh Tracey, British missionaries had passed through the village a few years earlier with a charged gramophone and played American country records for the Kipsigis tribe. They loved one singer in particular. They couldn’t believe their ears that a human being could sing and play like that. So they decided it had to be some kind of deity, half-man half-antelope. The Kipsigis created a legend around this country singer, who was Jimmie Rodgers, the “father of country music”. They pronounced his name “Chemirocha”[10].

We can reasonably assume that Jimmie Rodgers’ singing, his curious reference to yodelling that was the key to his success in 1920s America, struck the Kipsigis in the same way. Those recordings Tracey made to preserve the original music of the indigenous peoples instead captured an even more original curiosity, if you will: how the influence of other cultures had already modified a tradition, renewing it in its own way. And after all, legend has it that Rodgers himself adopted just that original style of singing after hearing it by chance, sung by others. This curious coincidence confirms what we said at the beginning: traditions often arise from different elements crossing and not from presumed primeval purity.
The figure of Rodgers/Chemirocha thus assumed almost mythical traits, of a mysterious and fascinating creature. Some kind of African faun.

On closer inspection, however, yodelling is not a style of singing exclusive to the Alpine area, but there has simply evolved into a form that has also found a curious path to commercial success in modern times. Forms of expressive polyphonic singing and dance, no less articulate than those best known to us, are also typical of other cultures. One of these forms of expression is that developed by the Aka. The Aka live in an area now southwest of the Central African Republic and in northern Congo (Brazzaville). They are known for their complex polyphonic music, a system studied by many ethnomusicologists.

In 1954, Tracey founded the International Library of African Music, or ILAM, at Rhodes University in South Africa (still the largest archive of African music in sub-Saharan Africa). In 2015, a team from ILAM (led by its director, ethnomusicologist and professor Diane Thram, and Tabu Osusa, who runs the non-profit association Ketubul Music) returned to the Rift Valley to bring Tracey’s recordings home and return them to the villages where they were made.

They managed to find a man, Cheriyot Arap Kuri, recorded by Tracey on 15 September 1950 (he sings “Chemirocha I”), who in 2015 was 88 years old. In a video produced by the organisation Singing Wells, a partner of Ketubul Music, Kuri talks about the experience through a translator: “We never understood what that white man was doing. We were just singing for him, just having fun and singing for the white man. We didn’t know we were being recorded.” He’s dressed very nicely and sports a neat goatee. Diane Thram offers him a CD, which he accepts. He turns it in his hands, looking at it with amiable scepticism [5].

We were just singing. Just having fun and singing.