Heat waves with highs of nearly 50 degrees and wildfires spreading across the land. News coming out of Canada opens the fire season in the worst way.

At the time of writing there are 486 deaths occurred in the last 5 days in Canada due to causes attributable to the heat wave that is crossing the western part of the country. In addition to the deaths, the situation is becoming critical in terms of fires, which are constantly monitored by the province's fire service (which currently reports 112 active fires, half of which have broken out in the last two days). 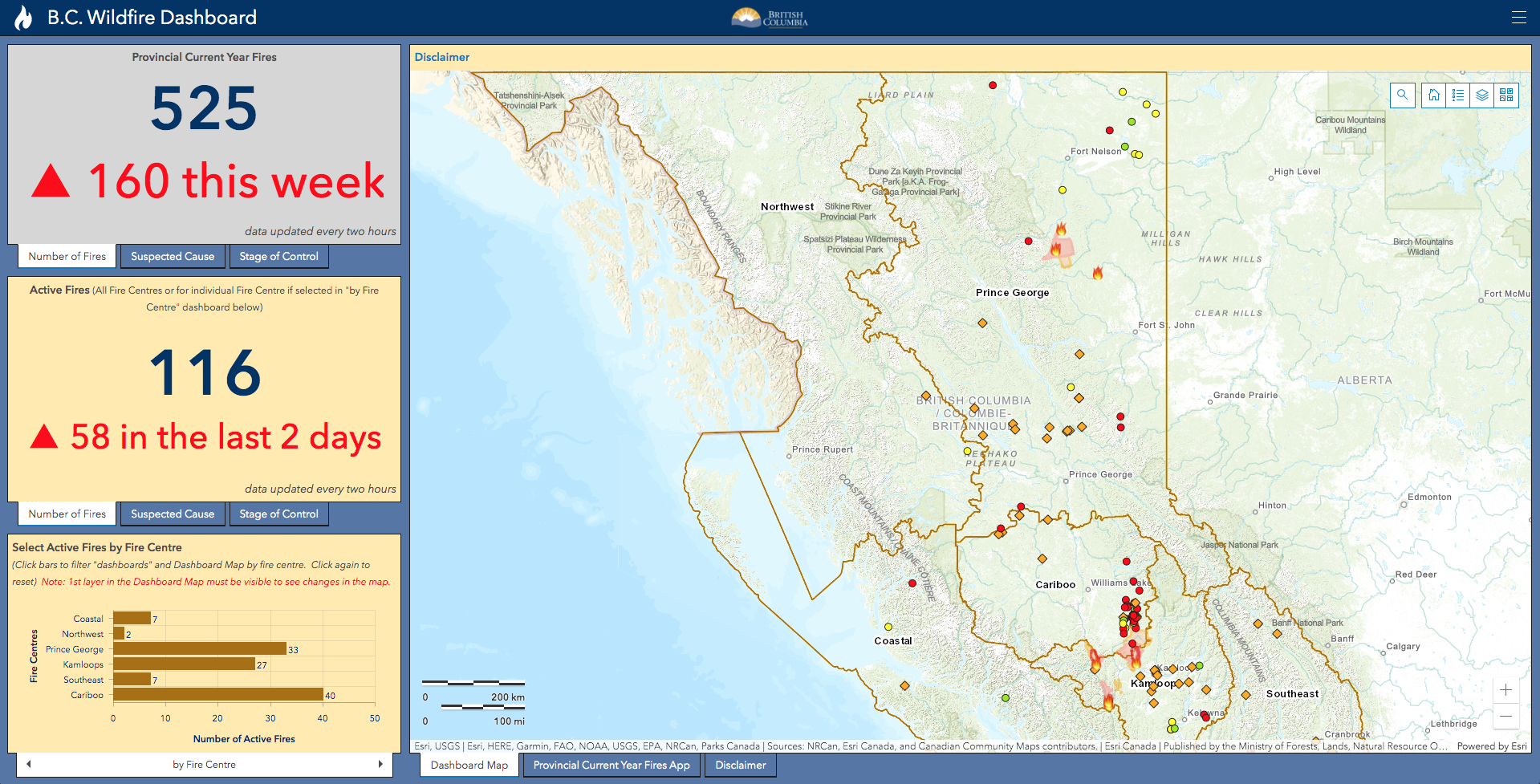 We are in the province of British Columbia, the westernmost of the Canadian provinces, which faces directly onto the Pacific Ocean and covers a territory of almost 1 million km², inhabited by just over 4 and a half million people. It is a country with a very low population density and in which nature has a predominant space and that from a morphological point of view is characterized by the presence of numerous mountain ranges heavily wooded.

The role of climate change

As often happens in these cases, there is debate about the actual incidence of climate change with respect to events of this type. And heat waves are becoming both more common and more intense due to a warming climate.
Back in the 2014 edition of the National Climate Assessment to monitor climate change in the U.S., it was written that "analyses show that human-induced climate change has generally increased the likelihood of heat waves, and after all, the prolonged extreme heat (over multiple months) recorded in recent years is unprecedented since reliable instrumental records began in 1895." The 2018 update added that "with continued warming, cold-related deaths are expected to decrease and heat-related deaths are expected to increase; but in most regions, the increase in heat-related deaths is expected to exceed the reduction in cold-related deaths." Unfortunately, extreme heat is already one of the deadliest types of weather-related events in the United States, killing an average of 702 people each year, according to the Centers for Disease Control. In most years, extreme heat waves cause more deaths than other phenomena such as hurricanes, floods and tornadoes.

It is also difficult to deny that there is a correlation between heat waves and fires, for the simple fact that - to use the words of Italian researcher Giorgio Vacchiano - "when the air is hot and dry, vegetation rapidly loses water through evaporation and dries up. The longer the drought is prolonged, the larger the size of the plant parts that dry out. When even the larger parts (stems and branches) lose water, which happens very rarely, fires can last longer just like a fireplace: the small "pieces" are the ones that start the fire, and the large ones are the ones that burn the longest."
Looking at the data on wildfires in British Columbia, which is very accurate, it is indicative to note that in the total count of fires started in the province over the course of this year, the leading cause is listed as "people." People are responsible for more than 60% of the fires that broke out in British Columbia in 2021, while lightning is responsible for 23% and there remains a share of fires whose origin remains unknown. A portion of human-caused fires are of arson origin, but many others are due to accidents, which is why action is being taken with bans on campfires and bonfires, since under current conditions even a small spark can create a disaster.

The role of lightning 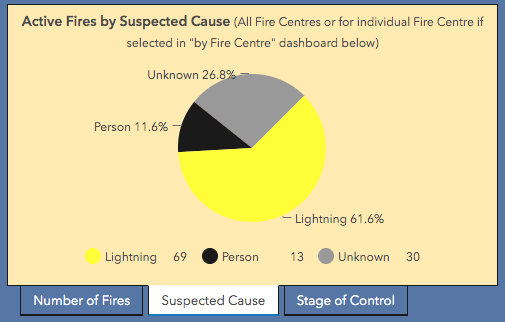 This is no coincidence, as a similar situation was analyzed just a few months ago for territory very close to British Columbia: Washington State and Oregon. In that case, a piece in the MIT Technology Review reported the words of David Romps, director of the Berkeley Atmospheric Sciences Center: "Let's cut to the chase: have heat waves, lightning strikes and vegetation drought been influenced by global warming? Absolutely. Have temperatures been made significantly warmer, lightning strikes more numerous, and vegetation drier due to global warming? Yes, probably yes, and yes."
That "probably yes" referring to the role of lightning was an appropriately cautious assessment, however it is worth noting that again the data indicate that this phenomenon deserves to be investigated with special attention.