Mangroves: what they are and how they can help us

Mangroves provide an essential habitat for thousands of species. They prevent land erosion and act as a barrier against waves and storms, protecting the coastline and the people who live along it.

Some people refer to them as the “roots of the sea”.

Mangroves are an essential component of tropical ecosystems. They grow on the low-lying shorelines of sea coasts, in estuaries and on riverbanks. They are hybrid creatures, straddling the terrestrial and aquatic worlds: their awe-inspiring roots enable them to grow even in areas that are totally submerged at high tide.

These trees are among the most efficient carbon “sponges” on the planet. One hectare of mangrove forest can absorb as much carbon as four hectares of rainforest. This is because the water also captures the carbon that comes from the decomposition of the leaves, flowers and fruit that fall from the branches. So, compared to the carbon stored on land, CO₂ can be sequestered here much longer, contributing to long-term climate mitigation. 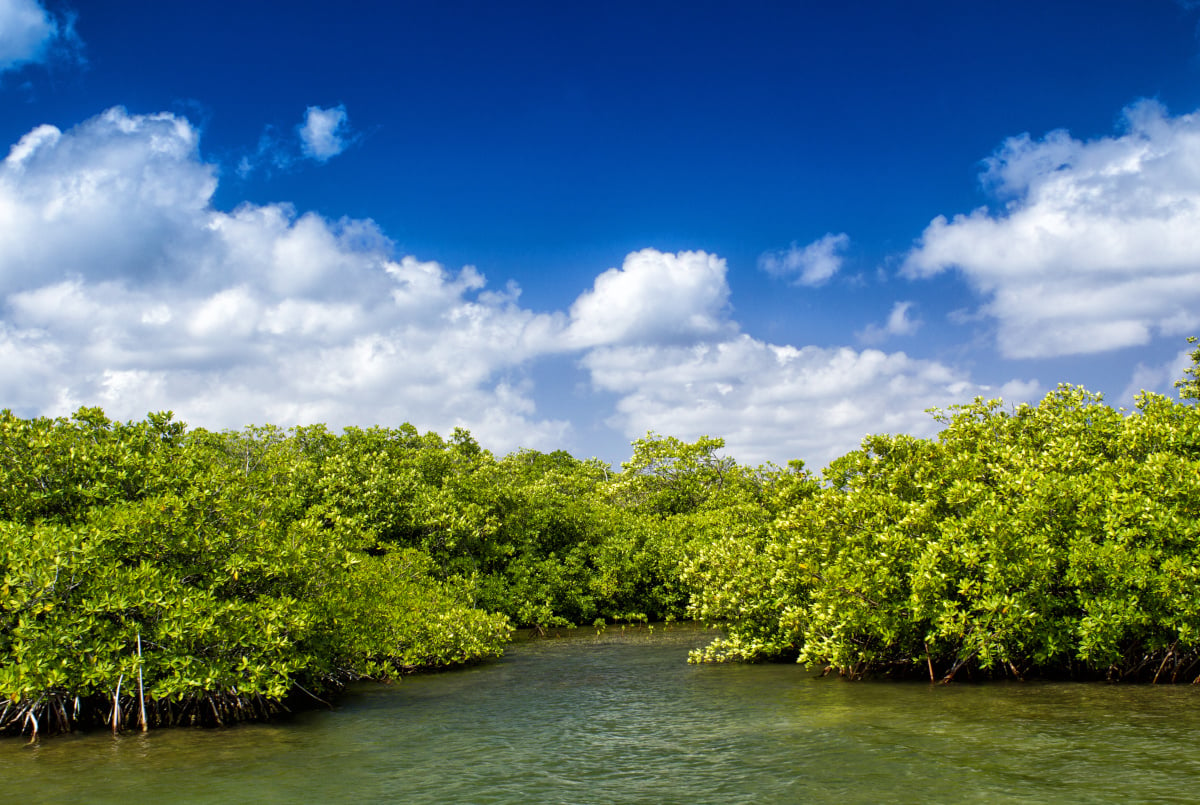 Mangrove forest on the coast

Mangroves have a lot of amazing features, but perhaps their most impressive claim to fame is this: they are the only tree species that can thrive in salt water, because they’re actually able to desalinate it. The white mangrove is so called because it takes on a whitish appearance and oozes salt from its branches and leaves.

This attribute is so remarkable that a team of Yale researchers has developed a water purification device that mimics the way it works. In this “synthetic mangrove”, water is evaporated through membranes that act like leaves, and desalination takes place through a semi-permeable layer that functions like roots. This system could prove particularly useful for purifying water in areas where there is no constant, reliable electricity supply.

The news on the Yale website. The link is in the section at the bottom, among the sources.

An explosion of biodiversity

Picture a mangrove as a multi-storey building. A noisy and cheerful block of flats. At root level, there’s a nursery: this is where various species of fish spend the early days of their lives, before packing their bags, saying goodbye to their parents and moving out into the ocean. It’s estimated that 75% of the world’s fish have spent time among mangrove roots, or are dependent on the food chain that stems from them. 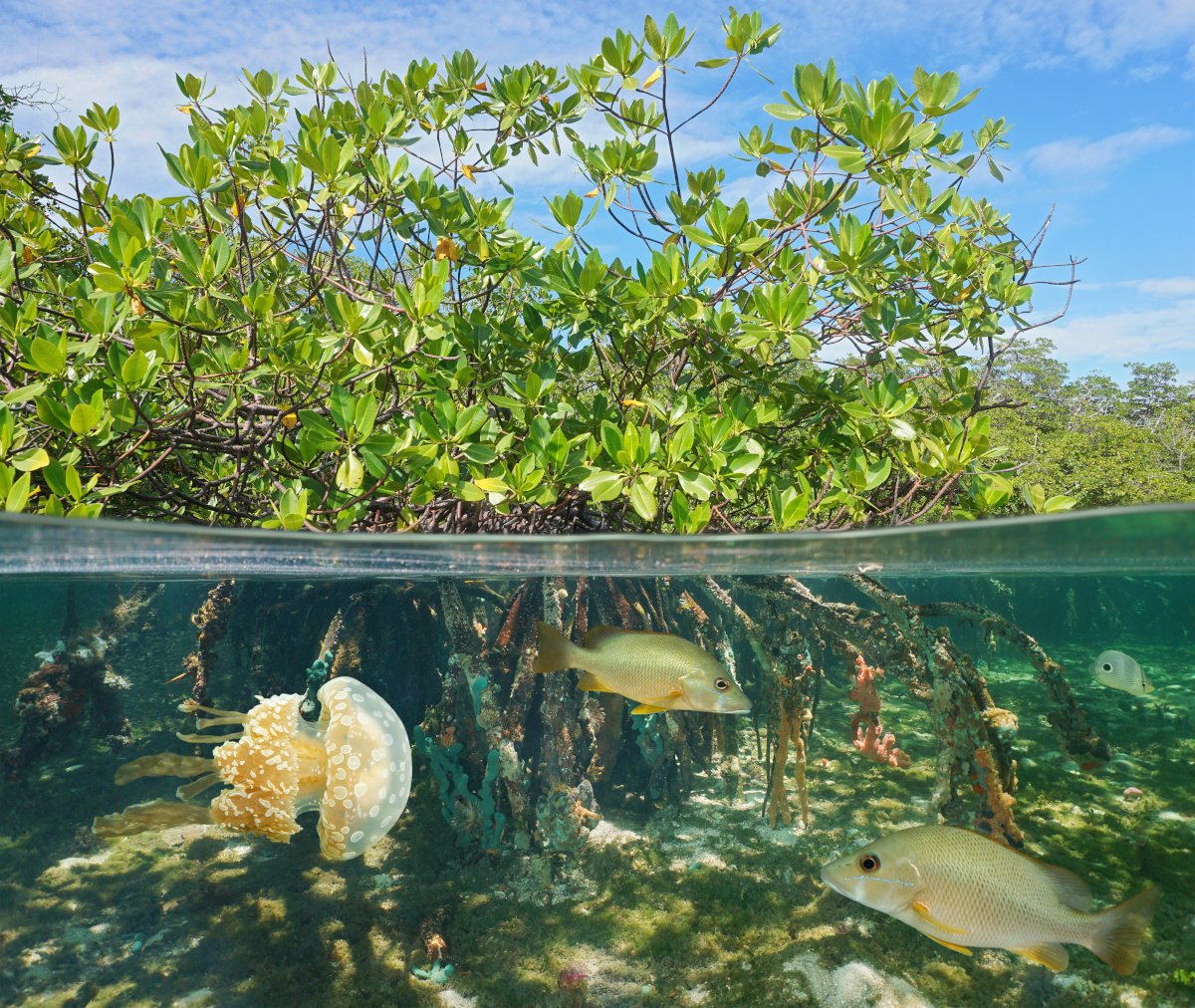 Life among the roots of a Mangrove

As you work your way up, you encounter all sorts of insects and nests. Many species of migratory birds stop to rest in the branches of mangroves, and some of them stay long enough to start a family. What is surprising is not only that this block of flats exists in perfect harmony, but that it also benefits the rest of the neighbourhood. Mangrove forests act as buffers that protect the coastline and its communities from wind and wave damage.

As early as 1577, the Portuguese Crown passed a law to protect mangroves in Brazil; today, we not only want to preserve them, but also rebuild them. The mangrove family includes at least 80 species, each with its own characteristics and properties. At Treedom, we plant the black mangrove (the one furthest from the sea), the white mangrove and the red mangrove (both of which are capable of desalinating water) in Guatemala, Tanzania, Colombia and Honduras.

In Honduras, the project we’re running focuses exclusively on planting mangroves, with the aim of strengthening the ecosystem along this stretch of Caribbean coastline. We’re based in the north-west of the country, near the Guatemalan border, in an area close to the Cuyamel-Omoa National Park. Created in 2011, this park covers an area of more than 8,000 hectares and is home to diverse ecosystems (marine, wetland and mountain) and varied fauna including jaguars, manatees, toucans and crocodiles.

Read more about our project in Honduras.