Visiting your tree – a story from Guatemala

Michela and Darin went to visit their lime tree in Guatemala. We talk about mangroves, socialism and murals in a transatlantic video call: me from Italy, them from Costa Rica. They turn the phone around and show me where they are: in front of the Cloud Forest, a place straight out of a fantasy novel where the humidity of the jungle creates an almost cinematic phenomenon: a little cloud above the crown of every tree. 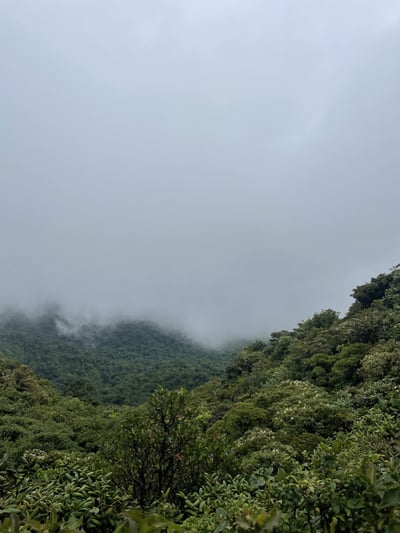 The Cloud Forest in Costa Rica

"So here's the story," says Michela, shaking the unruly curls out of her eyes. "For Valentine's Day he sent me a bouquet of flowers to Liverpool, even though he had already been in Central America for weeks. At that point I was in trouble because I didn't have any ideas for him," she laughs.

"A few days earlier I had stumbled across an Instagram story about Treedom, and how you can plant a tree and give it to anyone, anywhere. I go to the site and I see that you can plant them in Guatemala as well, which was one of the places I could get to. I think: perfect! I planted a lime, and gave it to him with a dedication that said 'it would be nice to visit it together'."

Treedom put them in touch with Guglielmo, the project manager in Guatemala, who within a few days wrote to them on WhatsApp: "When are you coming?", as if they were old friends. Michela and Darin set off from Flores, the capital of the Péten department, and after an hour’s bus journey they reached Nuevo Horizonte, the rural community that plants trees in collaboration with Treedom in this area, with the support of AMKA, an Italian NGO that coordinates the fieldwork. 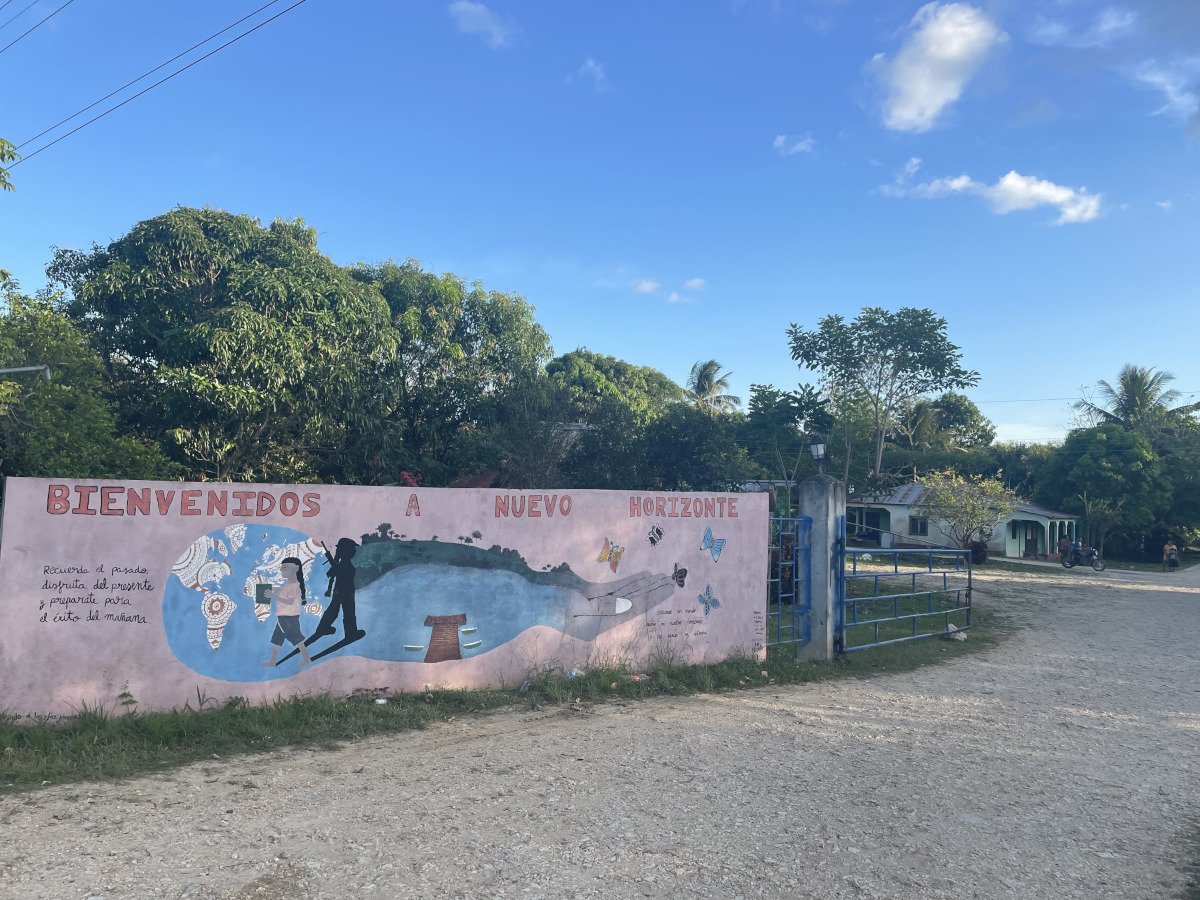 The mural at the entrance to Nuevo Horizonte

"It’s an incredible story," says Darin. "This community was established in 1998, two years after the signing of the peace agreements that ended the civil war. One hundred and thirty families settled here and started their new life with almost nothing – no drinking water or electricity. The community functions according to a socialist system: everyone has a house and a piece of land. Guglielmo explained to us that leadership is also shared: every member of the community must become its leader at least once in his or her life."

"We went expecting to stay a couple of hours, and ended up spending the day there! Everyone was incredibly generous with their time and willingness to share their knowledge, and they were thrilled to meet people that had planted from the other side of the world," says Michela. "You can see how proud they are of what they’re doing." 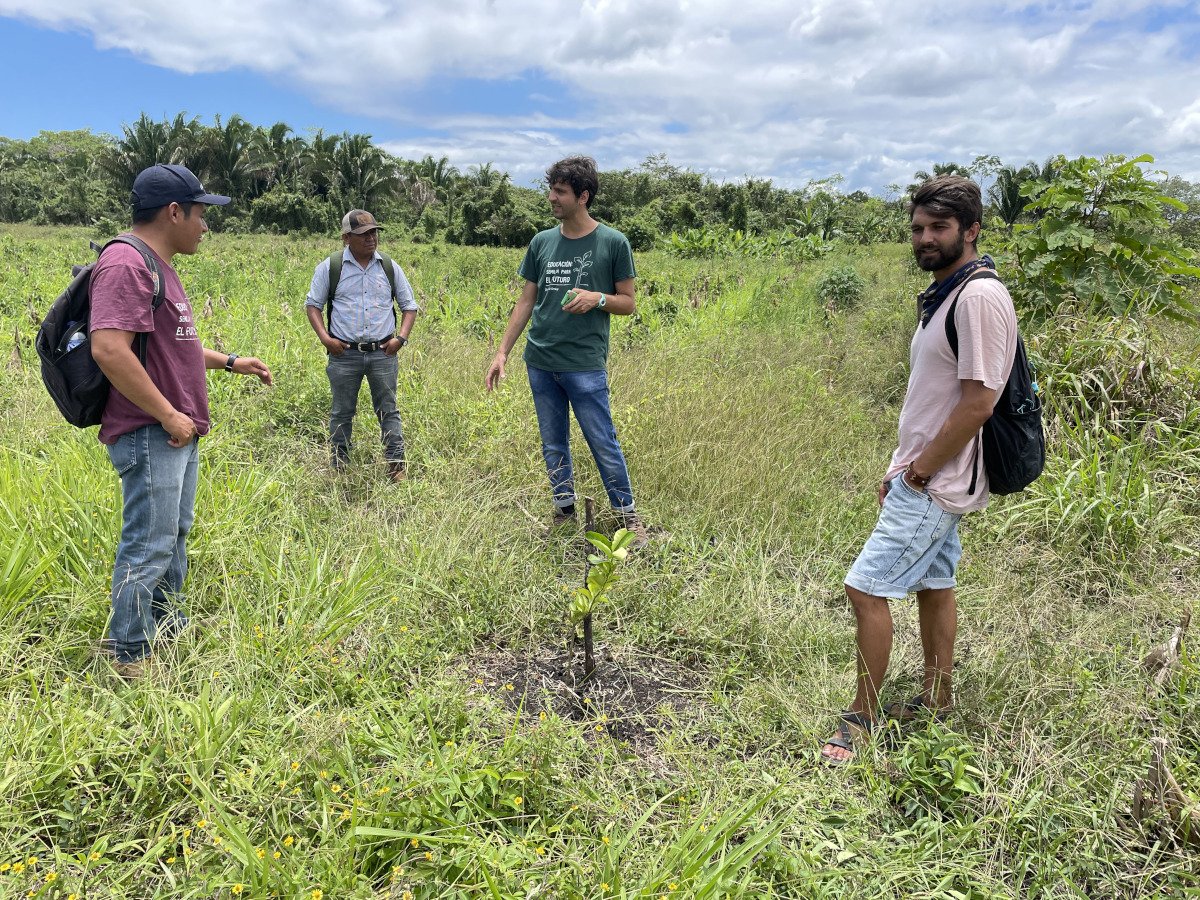 Darin on the right with project managers from Nuevo Horizonte

"This is us with our Lemonito! You know, it’s one thing to buy a tree online, to receive an email, to read the Tree Diary. But to see this seedling, to think that you had something to do with it, coming from the other side of the world, was..." Michela looks away from the screen, seemingly searching for the right words. "It was a moment we’ll carry with us."

"Afterwards, they showed us an area where trees were planted three years ago, and it's amazing to see that they’re already bearing fruit! There were so many limes, it smelled so good, and the two of us were so excited standing there in front of them, as if we were admiring a painting or a sunset," says Darin. 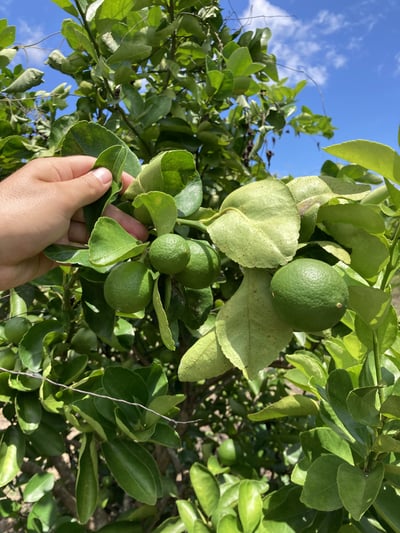 One of the limes planted three years ago, bearing fruit

Michela is an oceanographer, and one of her latest research projects concerns trees: she wants to understand whether mangroves can help protect coastlines from extreme weather events and rising sea levels. When I tell her that Treedom also plants mangroves not far away in Honduras, she exclaims, "Ah, if only we’d known! We could have passed by there too!"