“Sustainability” is a ubiquitous word in our lives – in politics, communication and the media. It’s constantly talked about, but never discussed in depth. This stems from certain structural factors, but also from some bad habits in communication.

Why is it so difficult to talk about sustainability?

Because it’s an incredibly complex and continually evolving concept. Since the word entered the public debate in the early 1980s, at least a hundred different definitions have been given, and the topic has been increasingly linked to politics.

It’s often talked about too generally or, on the contrary, too specifically, using technical terms that make the concept seem far removed from people’s everyday lives. Let’s try to clarify things, starting with the definition given by the Cambridge Dictionary.

Sustainability: the quality of being able to continue over a period of time.

When applied to the climate, this means that a process or action is sustainable if it can be maintained over time, avoiding the long-term depletion of natural resources.

Where does this language problem come from?

Before Fridays for Future, before Greta, before COP26 became a mainstream event followed by all the media, who dealt with sustainability? Scientists, biologists and chemists – in other words, experts. People who do research, but in most cases don’t have the specific skills to communicate the results.

To make matters worse, there has been a tendency to compartmentalise academia and corporate work structures. Economics and the environment, for example, are two different worlds separated by a profound gulf in both universities and business. The result is that when sustainability issues are communicated, they are perceived as disconnected from the broader context, and their significance is dramatically diminished. 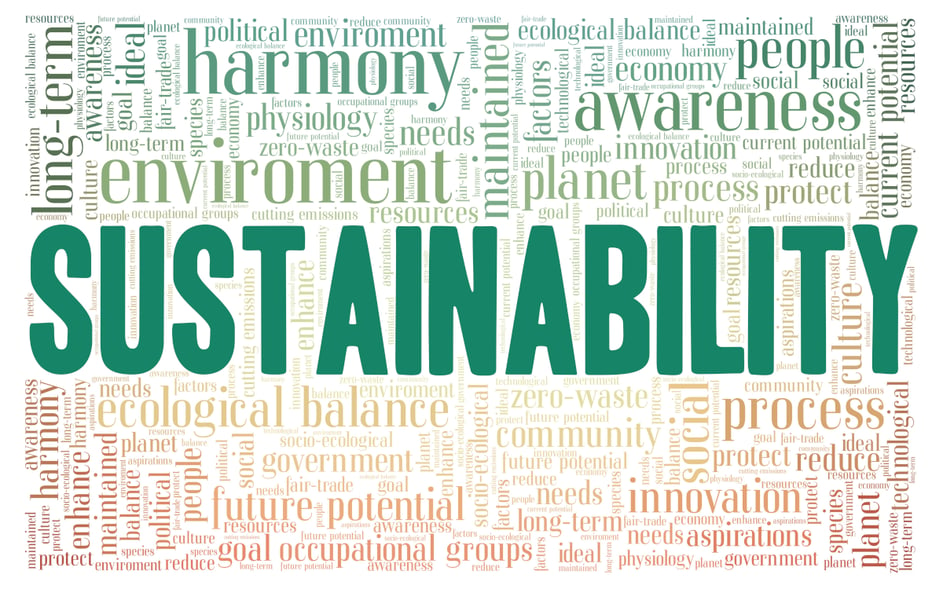 Did you play this game when you were a child? Repeating a word so many times that after a while the letters get stuck on your tongue and the sounds no longer make sense?

Radley Yeldar conducted a study of the corporate social responsibility web pages of Forbes’ 50 most valuable brands in the world. They found that, on average, the word “sustainability” appears at least 10 times. Repeated like a mantra, this word has become at best meaningless and at worst highly ambiguous. The same study points out that, by contrast, companies that are leading the way in reducing their environmental impact – such as Patagonia, Lush and Ben & Jerry’s – use the word much more sparingly, focusing on communicating facts rather than intentions.

Sustainability is a complex concept, but it’s crucial to try to talk about it in the simplest way possible, because words are the means by which we make the world our own.

There’s a famous quote attributed to Buddha, which reads:

As the bee collects nectar and departs without injuring the flower, or its colour or fragrance, so let the sage dwell on earth.

This is what sustainability means to us. This is what we try to put into practice through our agroforestry projects. The search for a balance between economic growth, care for the environment and social well-being.