A planet on fire

An in-depth analysis of major fires. A global phenomenon that affects us all and that we must strive to understand in order to contain it.

Summer, at least in the northern hemisphere, began just over a month ago, but numerous fires have already been making the headlines in various countries, from Canada to Italy, as well as Turkey and Finland.

Over the years, on these pages, we have unfortunately dealt with fires on various occasions, always trying to offer a quick report of the facts, with an analysis of available and reliable data. This is a quick, but hopefully useful summary, to orient ourselves on some of the central aspects of what is unfortunately an increasingly central issue in the world in which we live. 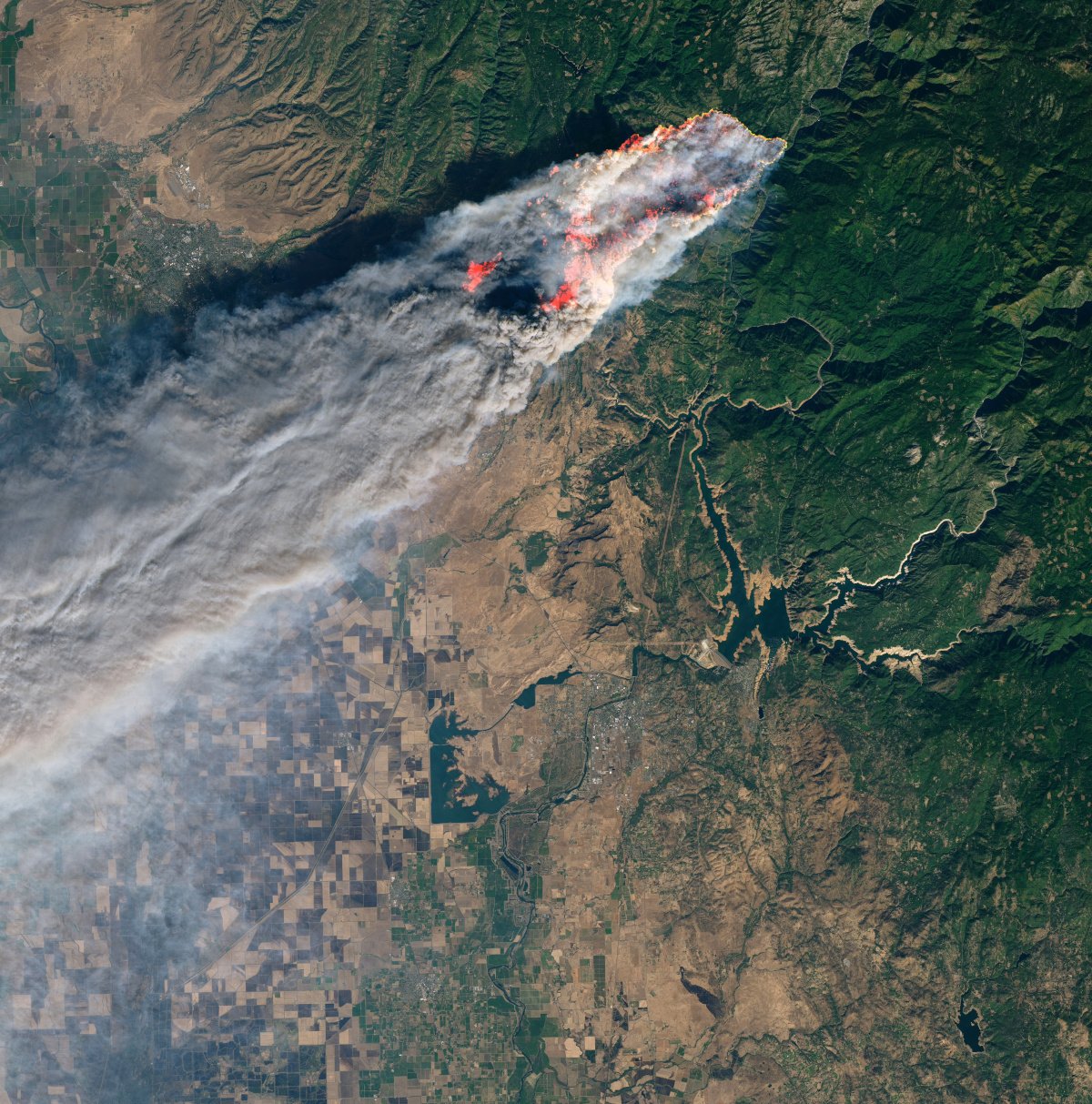 While, one the one hand, some people point out that the history of summers, at every latitude, has always been characterised by fires, there are some new factors to consider. As early as this article from 2019, covering a series of fires that hit Australia, I highlighted a series of data points that brought out significant new elements.

The first is that more and more areas historically unaffected by fires are being affected. In the case of the 2019 Australian fires, New South Wales was struck.

"Australia has a sadly long tradition of tragic events linked to fires, as evidenced by the names with which the most devastating of them are remembered: the "Red Tuesday" of 1898, the "Ash Wednesday" of 1983 (in which 20 million hectares of land were burned and 75 people fell victim to the fires), the "Black Christmas" of 2001 or the "Black Saturday" of 2009 (which caused 173 deaths). The worst fire season recorded in Australia, however, is 1974-75, in which more than 95 million hectares burned.

However, there are a number of aspects that must be considered in order to contextualise the exceptional nature of what is happening in Australia. Indeed, while most of the fires in this country have historically been concentrated in the grassy plains of the north-central region of the country, this time the fires are also hitting other areas hard. In particular New South Wales, the most highly populated of Australia's 6 states and which has Sydney as its capital. In recent years, this state had recorded on average about 280 thousand hectares of land affected by fires, while in the last few weeks alone almost 5 million hectares have burned. The states of Victoria and South Australia are also strongly affected. In New South Wales it is mainly forests that burn, rather than grasslands."

Equally significant was the case of the fires that struck Siberia and many territories beyond the Arctic Circle in August 2019. At the time, it was Mark Parrington, a researcher with the European Copernicus project, who clearly explained how the fires recorded that year in the area were consistently above average compared to the period between 2003 and 2018. "It is unusual to see fires of this magnitude and duration at such high latitudes in June, but temperatures in the Arctic have risen at a much faster rate than the global average, and warmer conditions encourage fires to grow and persist once they have been ignited.

The intensity of major fires

There is no doubt that there is a direct relationship between the intensity of major fires and heat waves, which are increasingly frequent even at latitudes once not affected by these phenomena (or at least not so directly affected). The mechanism that links these two phenomena has been explained by numerous scientists. The following words are taken from an article in which I analysed the fires in North America in September 2020.

"Basically the dynamics are very, very simple." explains Philip B. Duffy, a climate scientist who heads up the Woodwell Climate Research Center. "Warmer and drier conditions create a drier fuel and what once would have been an easily extinguished fire now grows very rapidly and gets out of control. ”

To support this theory, in an interesting analysis of the situation, the New York Times pointed out that “in some ways, this year's fires in California are the result of a much longer story. A prolonged drought that ended in 2017 was a major cause of the deaths of 163 million trees in California's forests over the past decade, according to the U.S. Forest Service. One of the fastest-moving fires this year devastated the forests that had the highest concentration of dead trees, south of Yosemite National Park.”

To explain it even more simply, I borrow the words of the Italian researcher Giorgio Vacchiano

“when the air is hot and dry, the vegetation quickly loses water by evaporation and dries up. The longer the drought, the greater the size of the plant parts that dry up. When even the larger parts (trunks and branches) lose water, which happens very rarely, fires can last longer just like in a fireplace: the small 'kindling' ignites the fire, and the large pieces burn for the longest."

The effects of major fires

The effects of fires of this magnitude are well explained by the words of Owen Price of Wollogong University. “The fires are much more intense in forests. They produce more smoke and burn much more material, so there is a greater production of greenhouse gases and the territories take longer to recover. When they reach the houses, they are more difficult to stop. Some of the fires in the north of the state even attacked the rainforest, for example in the Kanangra National Park, which had never burned in living memory.”

This type of situation also occurred in isolated areas, as was the case with the fires on the island of Gran Canaria in 2019. Scientists monitoring the activity of fires in the Canary Islands have observed clear trends over the past fifty years. In particular, the number of fires has decreased while the number of hectares burned by each fire has increased significantly. What happens then is that the fires burn about the same average area every year, but they do so in a much more disastrous way because they are bigger and more intense. 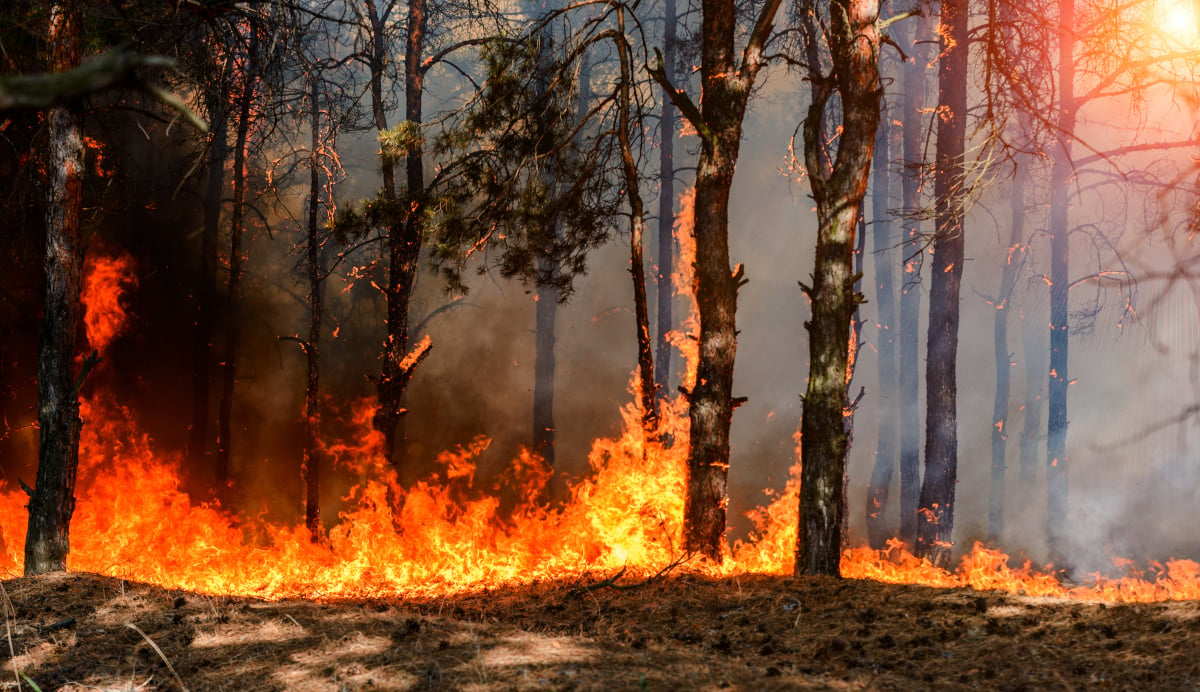 Climatic trends such as those described above are related to a higher incidence of thunderstorms accompanied by lightning. On this point the data are still being analysed and there is no unanimous view.

In relation to the California fires of 2020, the question arose:

"Is there a relationship between the effects of climate change and the fires in the US in recent weeks? An article in the MIT Technology Review relays the unequivocal words of David Romps, director of the Berkeley Atmospheric Sciences Center: “Let's get down to business: were the heatwave, lightning and vegetation drought affected by global warming? Absolutely. Have temperatures been made significantly warmer, with more lightning strikes and drier vegetation due to global warming? Yes, probably yes, and yes."

While on the heat waves and the dryness of the vegetation, Romps gives a clear yes in both cases, on the role of lightning he indicates a "probably yes". Daniel Swain, a climate scientist at the University of California, is more precise: according to him, the lightning storms that occurred in August are such a rare occurrence in Northern California that it is difficult to assess whether climate change played a role in starting the fires.

The data relating to recent fires in Canada seem to go in the same direction, indicating that – net of their greater frequency or otherwise – lightning strikes are one of the non-negligible causes of fires.

However, there remains one fact that cannot be avoided: the human factor. Many fires are caused by people. Through wrongful, inattentive or inappropriate behaviours, but also from the mere intention of starting fires. It is a central theme and it is global in scope.

In many parts of the world a type of agriculture called "slash and burn" is still practiced. It is the most brutal, but at the same time simple, way to gain land in natural contexts and make room for cultivation. Many of the fires that break out in various areas of the world are the result of this practice.

In many others, the incidence of arson is more linked to criminal reasons than to what is often improperly defined as "pyromania". And unfortunately being able to catch these criminals in the act is not an easy task.

When fires occur, at Treedom, people often reach out to us with requests for intervention in the affected areas. Our job is to plant trees so there is a spontaneous association which is completely understandable.

However, it is our responsibility to be honest and answer that the priority is to extinguish the fires and to support the agencies involved in doing so. Then there is the need for immediate aid for those who have lost everything. Helping people and companies. Carrying out an estimate of the damage and then, yes, assessing possible reforestation projects, in the right areas with the right trees. A fire devastates everything in a short time, but it takes years to repair its damage.