COP26? Perhaps a worse failure than it might seem. However…

As we predicted, COP26 ended in a virtual stalemate. Apart from the proclamations that made for a few news releases, the outcome document was ultimately embroiled in the tangle of negotiating games and the issue of fossil fuel subsidies. India played the role of the “nasty country” or, perhaps more accurately, the scapegoat. In the meantime, however, a flood of money is being channelled into green investments.

No miracles in Glasgow

It pains us to say it but the miracle didn’t happen and COP26 came to a close with the words of its president Alok Sharma: “I am deeply sorry’.

To understand it better, let’s take a closer look at some of the “formal” aspects of the document.

These are all noble statements in principle, but in practice they’re merely wishful thinking – in some cases clearly contradicting what the most credible analyses indicate to be realistic scenarios for the future.

Take the statement about limiting the global average temperature rise to below 1.5°. Well, in the days leading up to the start of COP26, a document from the United Nations Environment Programme showed that under current conditions temperatures are set to increase by 2.7° by the end of the century. This document took the 2° warming limit set in Paris as a reference, deeming it unfeasible and noting: “If implemented effectively, net-zero emissions pledges could limit warming to 2.2°C, closer to the well-below 2°C goal of the Paris Agreement. However, many national climate plans delay action until after 2030”.  Even in the best-case scenario – which is certainly not the one that came out of COP26 – the 2°C target remained difficult to achieve. At COP26, it’s been decided to make that target more ambitious without doing anything real to substantiate the possibility of achieving it. 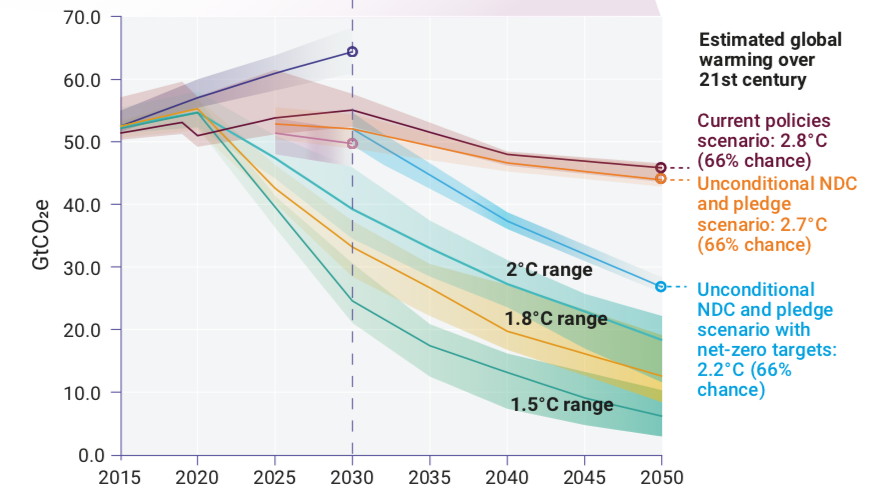 More than just blabla, this is tantamount to throwing a smoke grenade to disguise reality.

Even before the start of COP26, we pinpointed fossil fuel subsidies as one of the most difficult knots to untangle. The outcome document includes this call for countries to “accelerate efforts towards the phase-down of unabated coal power and inefficient fossil fuel subsidies”.

To clarify, the “unabated fossil fuels” mentioned in the document refer to those whose CO₂ greenhouse gas emissions are not abated through carbon capture and storage (CCS) technologies; however, the crucial point is the “reduction” of “inefficient subsidies” for fossil fuels. Many commentators have remarked on the fact that – due to pressure from India and China – the initially chosen term of “elimination” of subsidies was replaced by “reduction”. But that’s not the key word – the key word is “inefficient”.
The vagueness of this term is the shield that everyone – not just India and China – is hiding behind.

Every year, governments around the world pump about half a trillion dollars into artificially lowering the price of fossil fuels – more than three times what renewables receive. This is despite repeated promises by politicians to end this kind of support, including statements by the G7 and G20 groups of nations. As it happens, the promise to eliminate these subsidies has already been made. And never fulfilled.
This is precisely because of that magic word “inefficient” [1].

To give you a quick overview, these subsidies typically come in 2 forms. One is typical of more developed countries and consists of tax reductions or direct financing to reduce the cost of producing and transporting fossil fuels. The other is typical of developing countries and involves artificially lowering consumer prices. Then there is the case of the producer countries of the Middle East, which see these subsidies as a way of allowing all their citizens to benefit from the wealth generated by their fossil fuel resources.

Eliminating these subsidies is difficult and laborious, but it’s downright impossible if countries are allowed to hide behind that vague definition. So vague that, to take one example, the IISD calculates that the UK spent $16 billion a year supporting fossil fuels in 2017–19, yet the government’s position on this is that there aren’t any inefficient subsidies to remove.

(If you’d like more information on this topic, please feel free to write to me at t.ciuffoletti@treedom.net).

Interviewed immediately after the end of the COP, the Italian Minister for Ecological Transition, Roberto Cingolani, stated: “The structure of the summit must be rethought”; with 125 states, from small islands to large giants, he explained, “finding a compromise in a single outcome that is valid for all is almost impossible".

This aspect was also pointed out in the previous article, recalling the experience of following the WTO (World Trade Organisation) international summits. In this sense, Minister Cingolani’s position is to be welcomed, subject to a few clarifications.

The case of the fight against fossil fuel subsidies is a striking example of how the blame game of shifting all the responsibility for the weakness of the outcome document onto certain countries (India in particular) is a tactical move, which conceals the desire for business as usual that often lurks behind the grand proclamations of the heads of state of the most developed nations.

On this note, one further observation should be made about India’s total emissions. These are indeed extremely high. But if we consider the emissions per capita, the picture is somewhat different (see graphs below). Similarly, if we take a historical view of emissions, the emphasis is shifted towards the more developed countries over the past century. 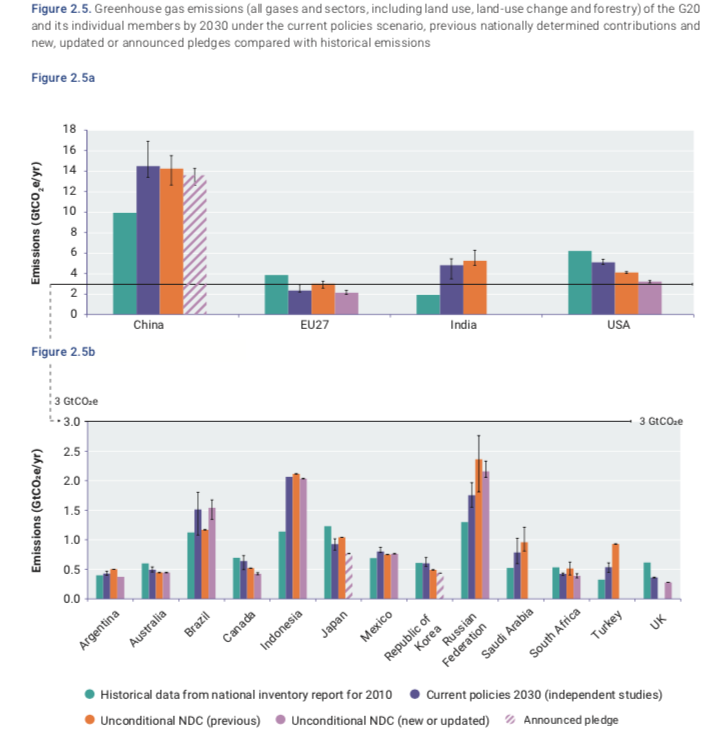 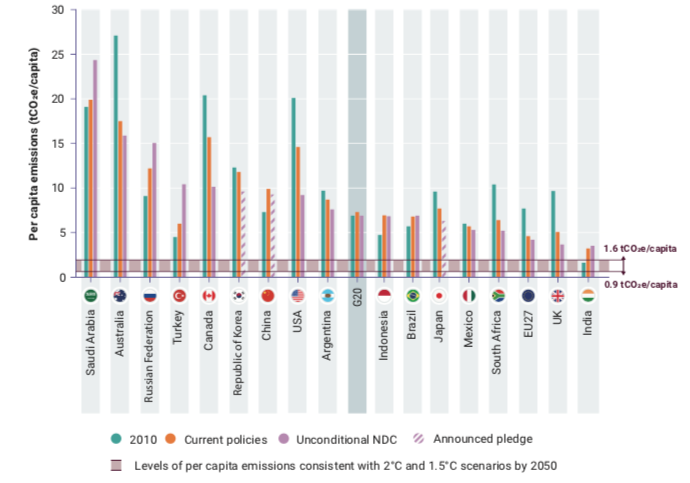 More generally, however, a system such as the COP system allows everyone to make grand proclamations but also to have convenient alibis, while continuing – for example – not only to subsidise fossil fuels, but even to plan for their increase in the future.

A flood of money

The commentator Francesco Guerrera, writing in the Italian newspaper La Repubblica, noted an aspect that is nevertheless worth highlighting: “At present, funds linked to ESG (Environmental, Social and Governance) investments – otherwise known as responsible investments – are valued at around 38 trillion dollars, but by 2025 they will amount to 53 trillion, almost a third of all assets under management.

To turn this tide of money into a virtuous circle in which these vast funds are distributed where they are most needed, or where governments are particularly recalcitrant like India and China, there will need to be clear rules.”

While the drive for global change is currently mired in the stalemate of COP26, the impetus from the financial world is still there beneath the surface, as is the increasingly strong push from public opinion, numerous organisations and even part of the economic world.
Although there is reason to maintain confidence in choices that may be more binding in the future, these choices must be made by promoting a critical awareness that is increasingly attentive and organised.

After all, we too – and many organisations like us – are not here by chance.