The disappearance of glaciers is changing the face of our planet

By the time you’ve finished reading this article, a portion of glacier the size of your house will have disappeared.

Have you ever stood in front of an immense expanse of ice? Have you ever felt the icy air of a glacier enter your lungs? Maybe you should, or should have. But you might not get many more chances. Why? Because glaciers are disappearing.
The sentence above, as well as the subtitle chosen for this article, may be deliberately provocative, but it’s pretty close to reality. Let’s find out why.

So, first of all: what is a glacier?

In glaciology, the scientific study of glaciers, they are “Large masses of ice in mountainous and polar regions, which are part of perennial snow formations, gathered in depressions and formed by snow under the action of freezing. Typically, they flow very slowly downwards under gravity”.

In other words, tonnes and tonnes of frozen fresh water. And by tonnes, we mean millions of billions of tonnes. Suffice it to say that glaciers occupy 10% of the Earth’s surface and that one of the most famous glaciers, Perito Moreno, located in Los Glaciares National Park in the heart of Patagonia (Argentina), is an enormous mass of ice that stretches for 250 km.
You might recognise it in this photo below. 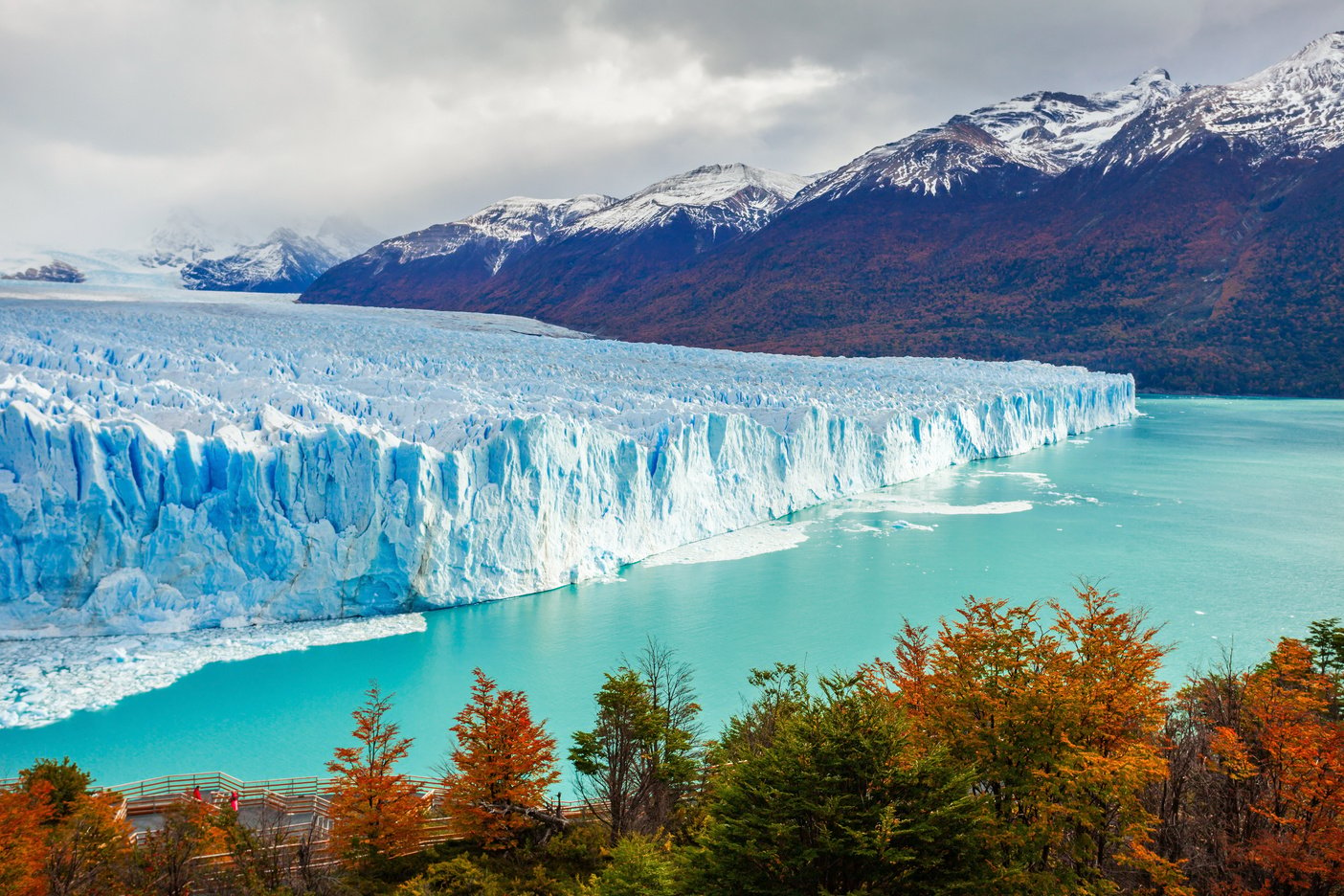 And Perito Moreno isn’t even the largest glacier in the world. The Lambert Glacier in Antarctica holds this record, with a length of 450 km.

But why am I telling you about glaciers today?

If you’re here, on the pages of the Treedom Blog, where we talk about Trees and Oceans: extraordinary allies in the hunt for CO₂, Oil, the Okavango Delta and Elephants and A Planet in Flames, I’m sure you’ve already guessed.

In May 2021, a team of researchers led by Tamsin Edwards, a climate scientist at King’s College London, warned that under current government emissions policies (and commitments), glacial melt will raise sea levels by an additional 13 centimetres by 2100. If, on the other hand, we managed to limit warming to within 1.5 degrees Celsius, the losses would probably be halved.
Glacial melt refers precisely to the melting of ice and the consequent leakage of fresh water into seas and oceans around the globe.

To give you an idea of the magnitude of the phenomenon, the world’s glaciers have lost 5.3 million billion tonnes of water since 2000. It’s an amount that’s hard to even imagine.

Why are glaciers melting?

They are melting as a result of global warming, which in turn is caused by climate change.

But is it really that big a deal?

Yes, very much so. And it’s worth exploring this point further.
The melting of glaciers is not just a question of “volume”, or how much fresh water can be lost into the seas and how much the sea level rises in cm.

This is part of the problem.
But, more importantly, glaciers are an integral part of the landscape in which humans have evolved. To give you an example, the Māori in New Zealand call the Franz Josef Glacier Kā Roimata or Hine Hukatere, meaning “the tears of a snow maiden”.

Glaciers are part of human life, not least because they’re a fundamental part of the ecosystems in which they’re found. Their fresh water reserves are the basis of life for entire ecosystems and entire regions of our planet. 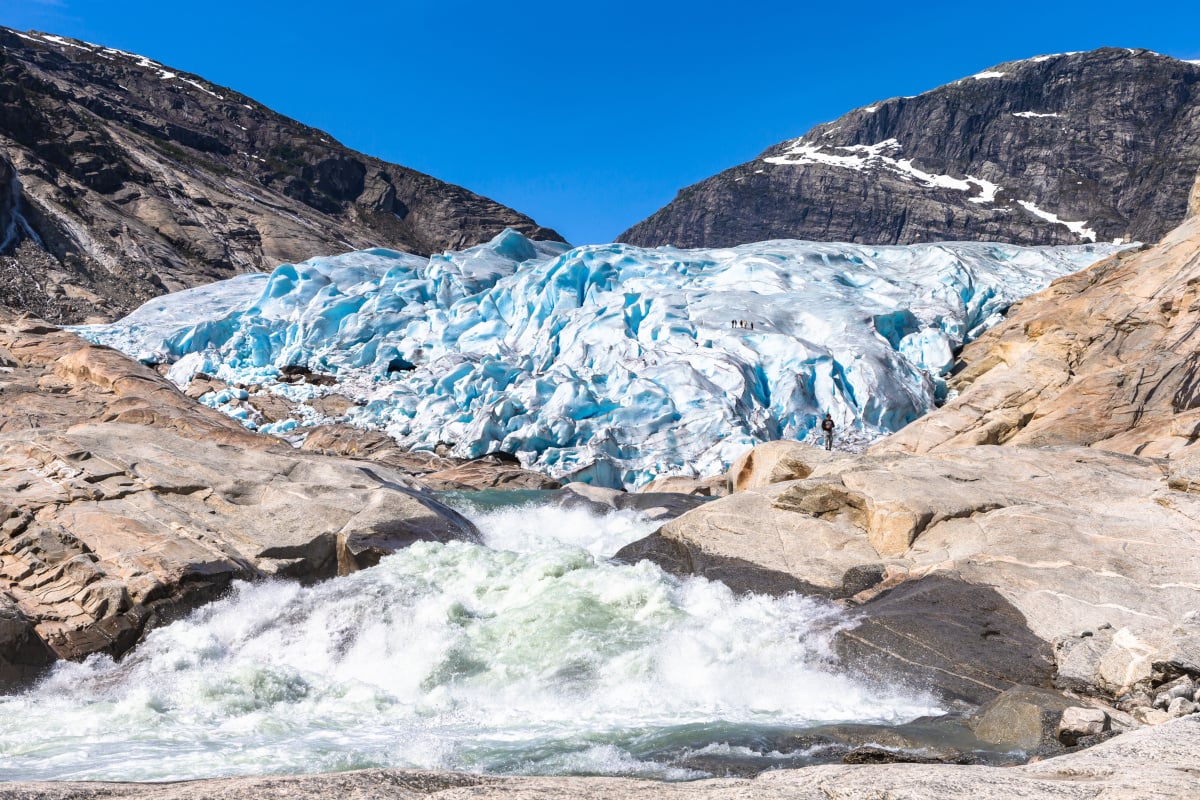 At this point, we can also talk about the fact that melting glaciers and rising waters will bring with them extreme weather events. These will be increasingly frequent, more violent and less controllable.
However, since this isn’t an episode of Cold Case Files and I don’t want to end on a climax of distressing and disastrous news, I’ve added a final paragraph.

However fast glaciers are melting, we still have a chance to halt the trend. We really do.
It’s not straightforward or easy, but it’s not impossible. It could take decades to restore glaciers to their original state, but scientists haven’t ruled this out.

Once again, though, the future is in our hands. And it’s melting.

If you want to do your part by planting a tree ... it's just a click away.